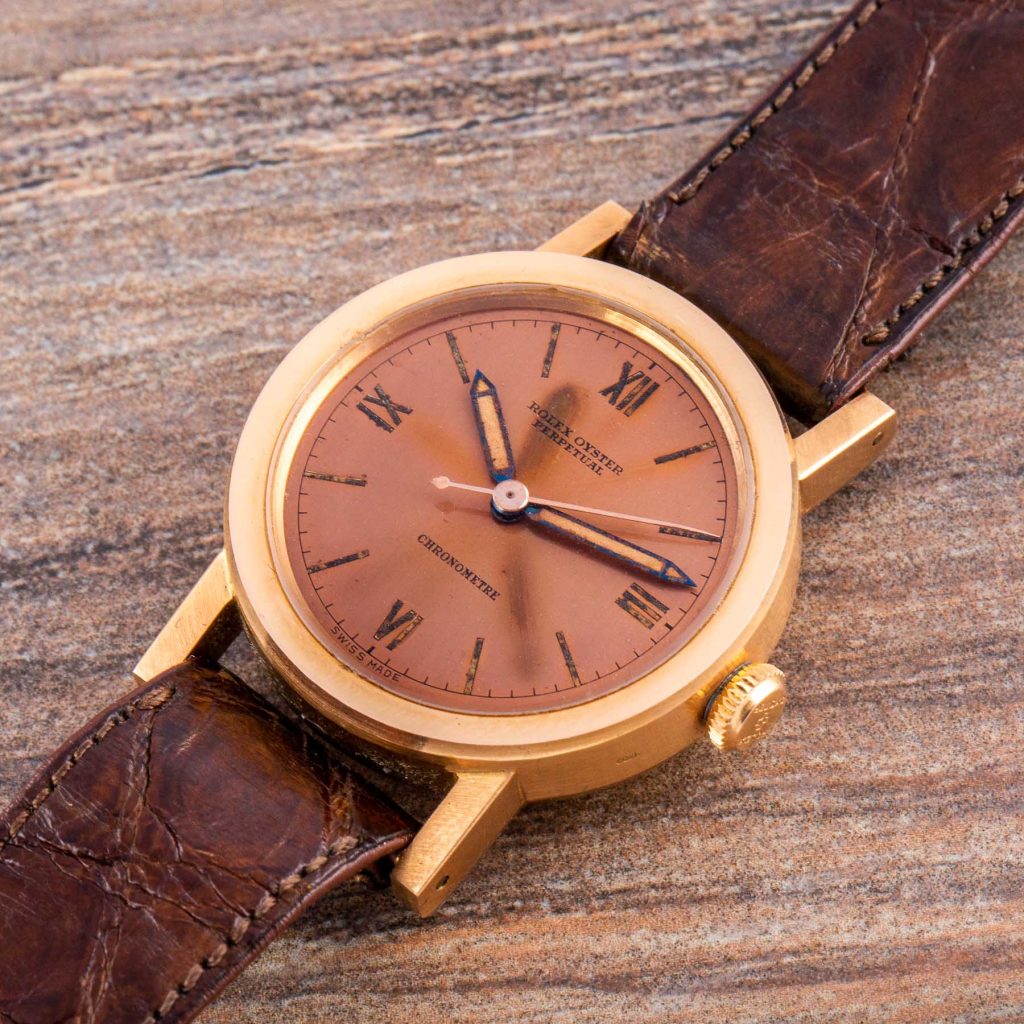 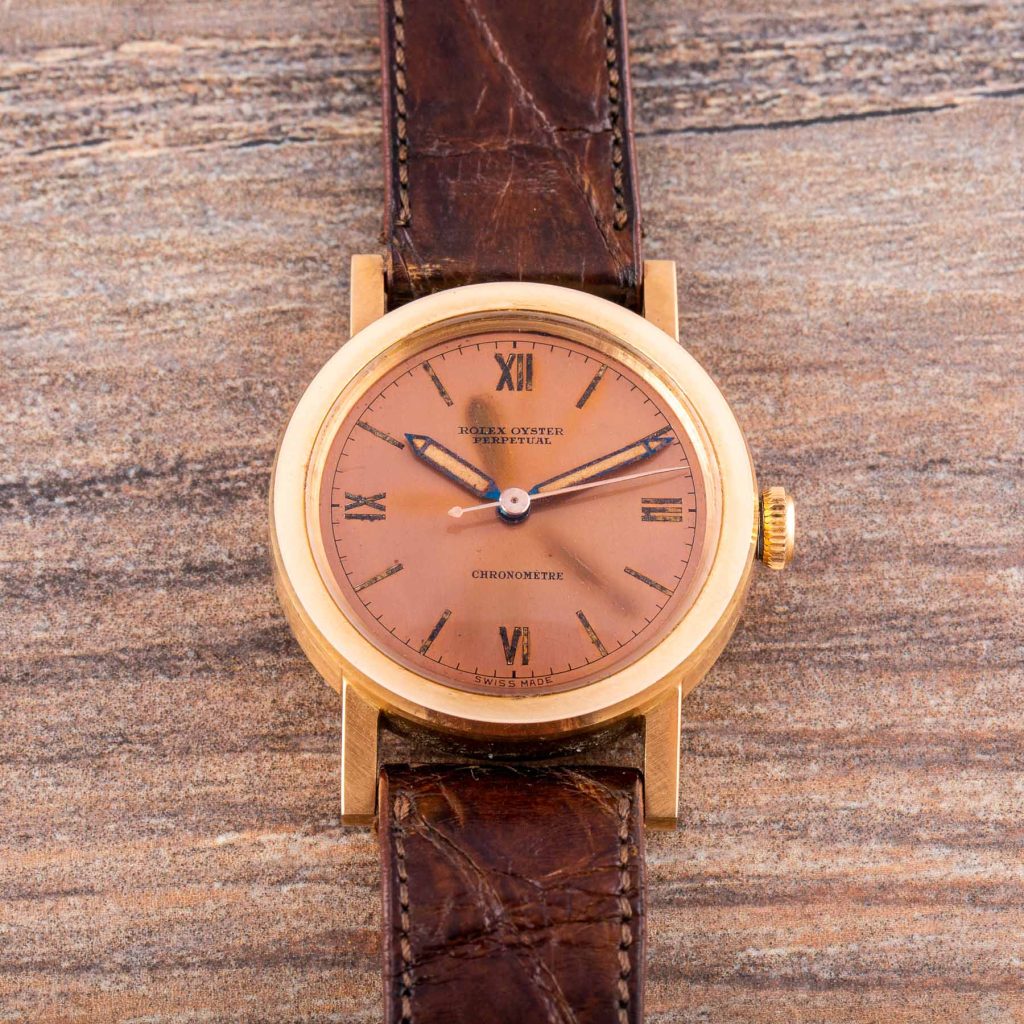 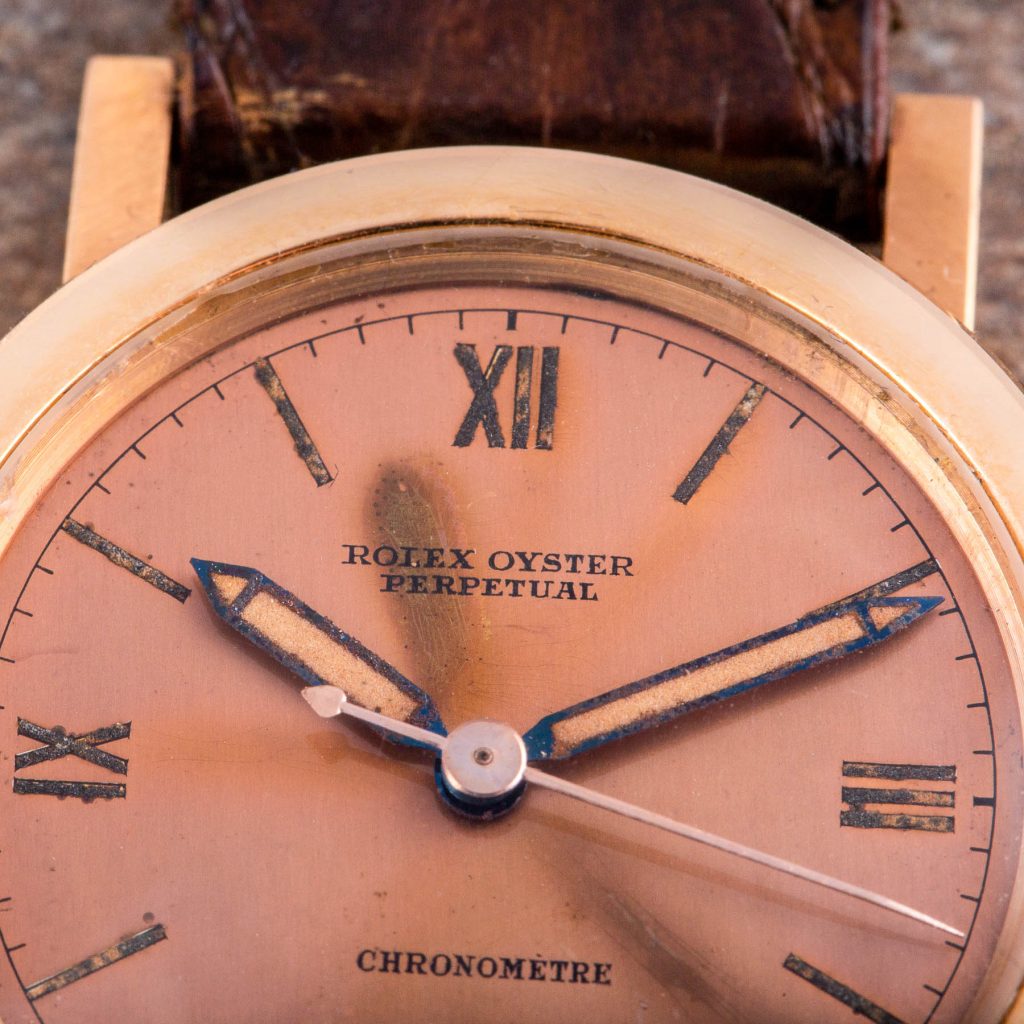 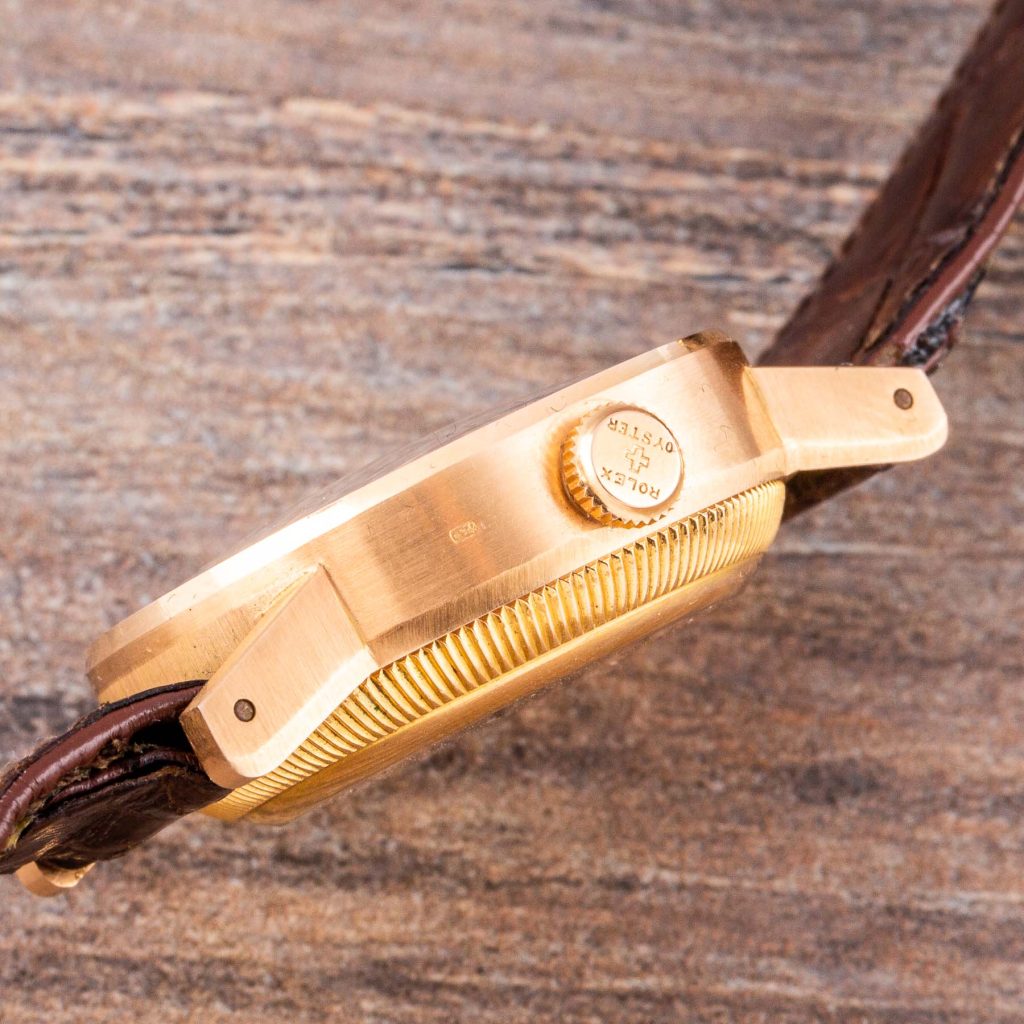 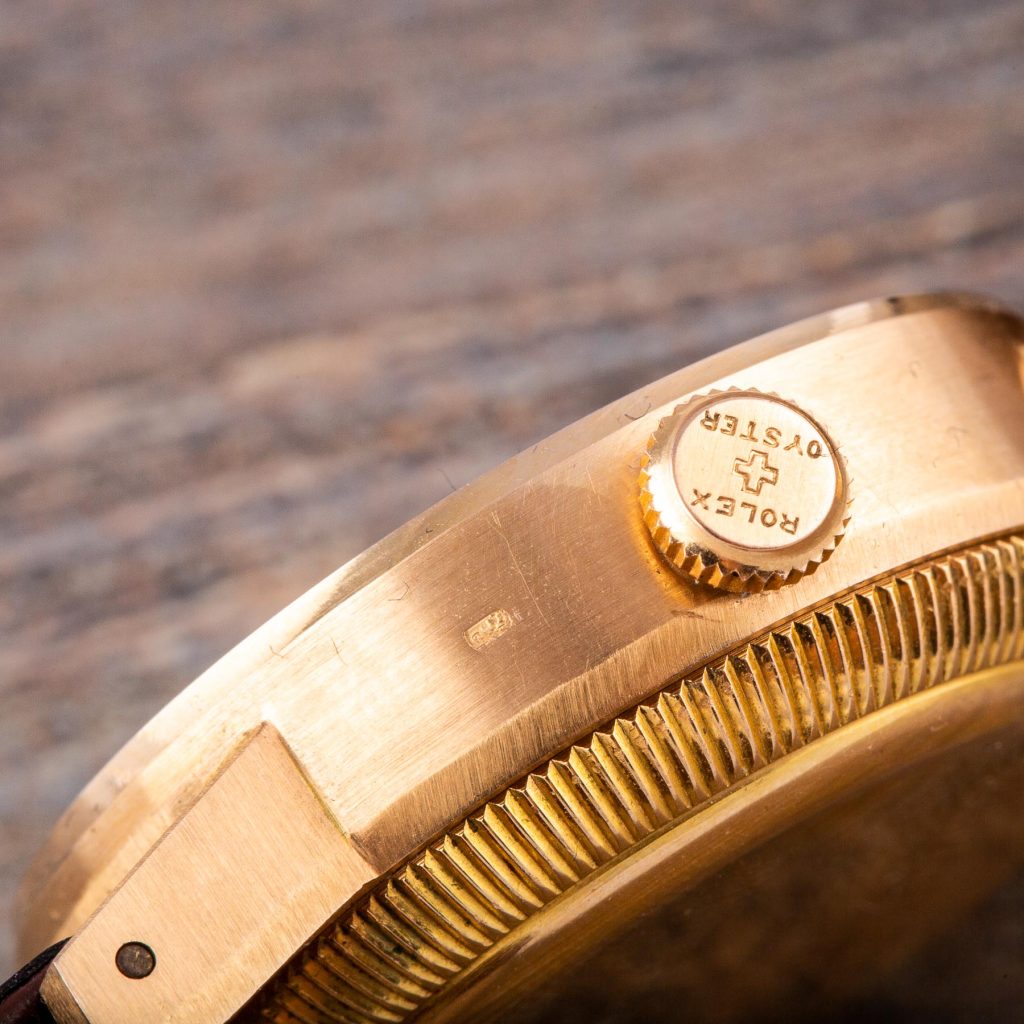 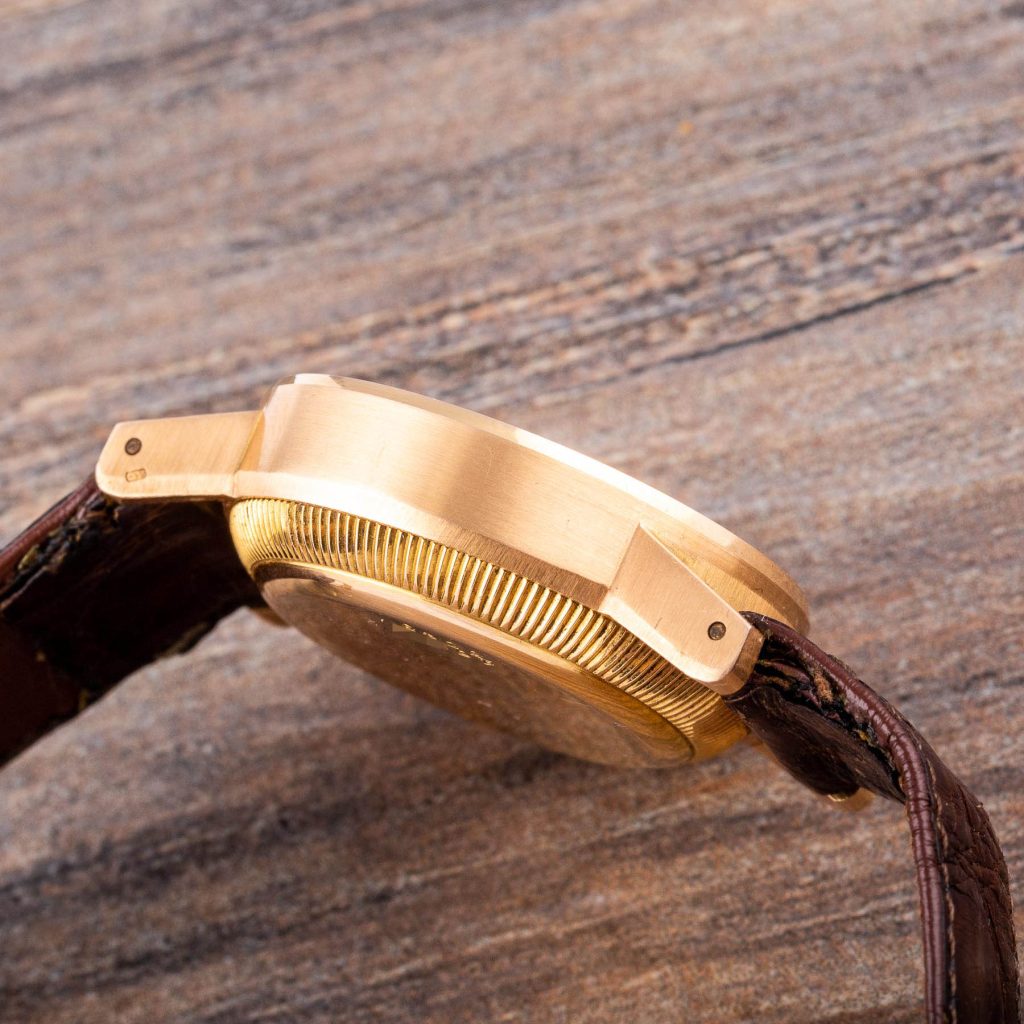 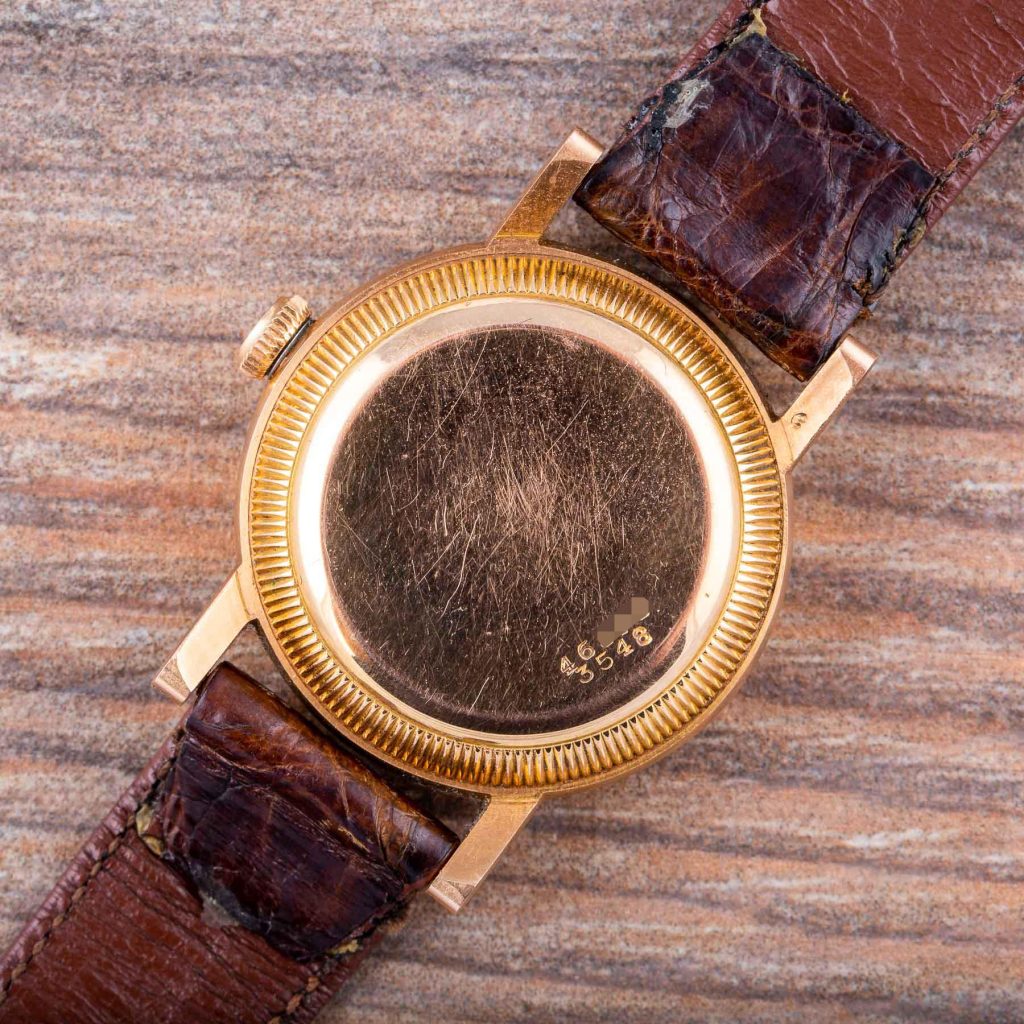 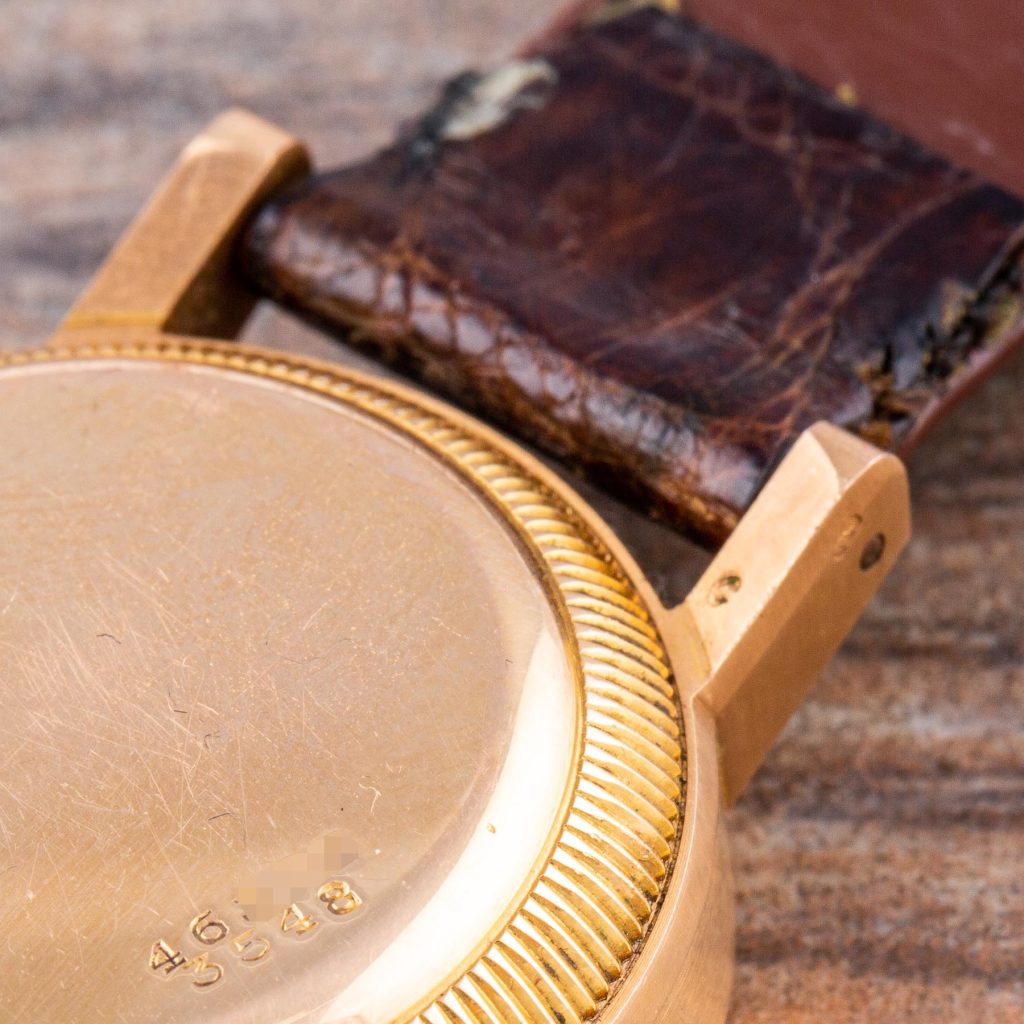 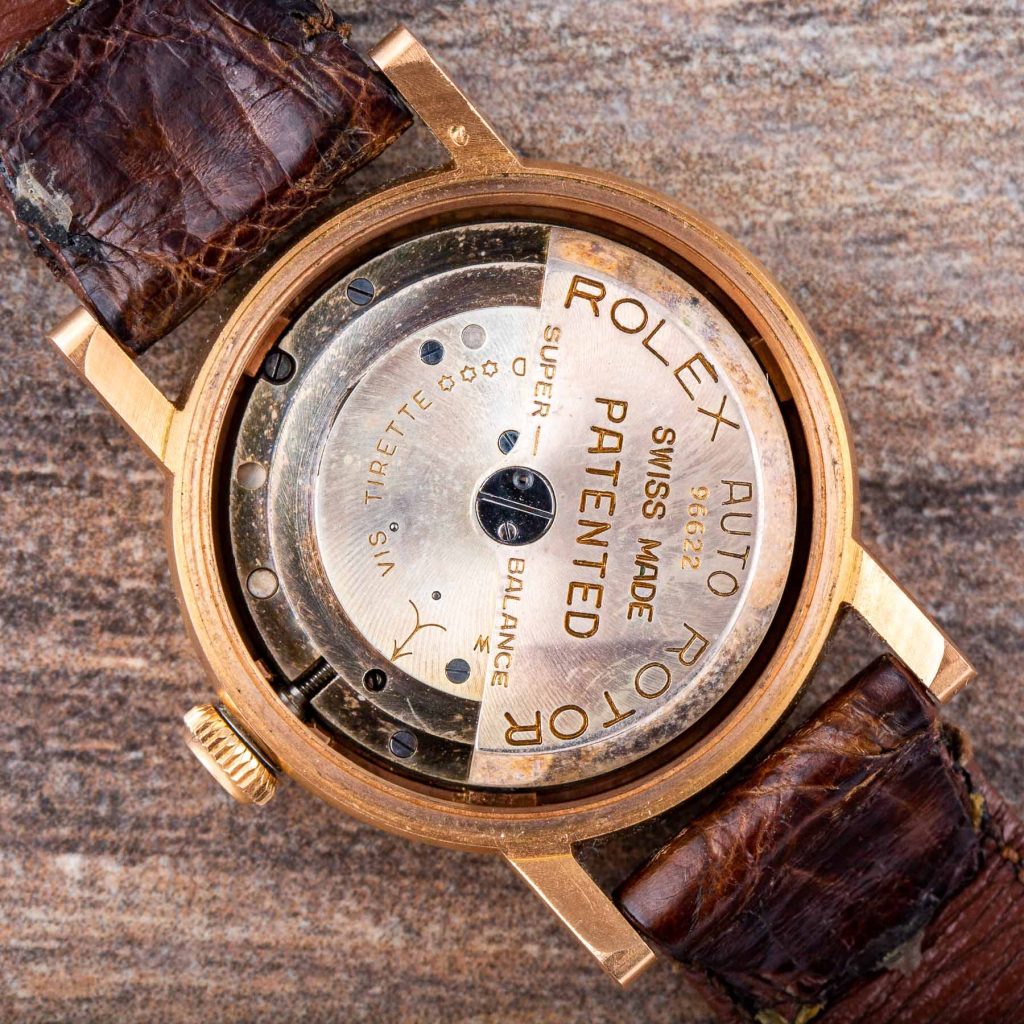 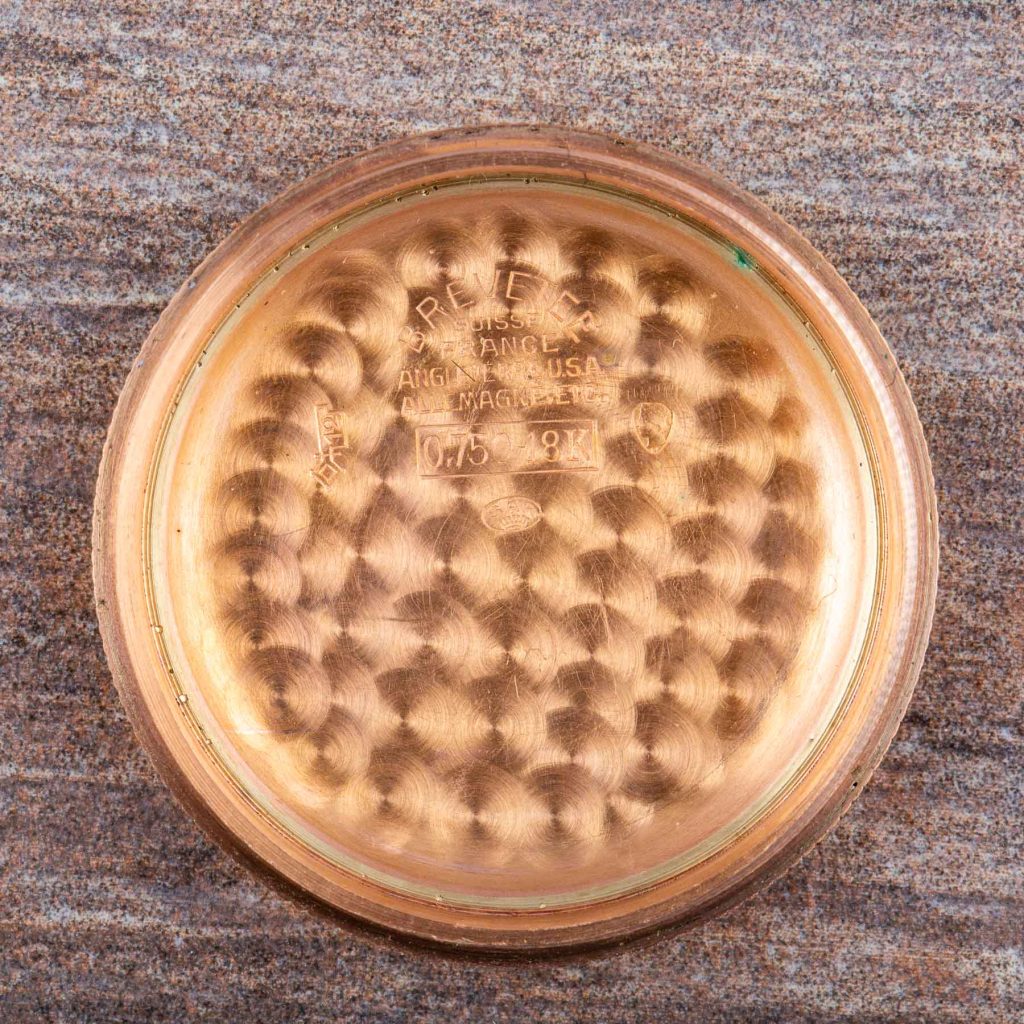 Radio was used in watchmaking since the early 1900s as a light-reactive substance in the indices of dials. It was only after several decades that it was discovered to be an extremely harmful material when handled, but until about the early 1960s, when its use was discontinued, it can be found on the dials of a wide variety of watch brands. This rare Rolex Oyster Empire ref. 3548 also features the original radio on both the hour markers and hands.

This Rolex Oyster “Empire” ref. 3548 from the 1940s is undoubtedly a timepiece of great appeal to the collector of vintage watches. Not only is it exceptionally well preserved for its age, but it is also very rare, featuring a rose gold case and salmon dial. The original radio is still present on the dial and hands. The latter also left a fascinating burn mark on the dial, which is another testament to the history of this beautiful timepiece from early 1900’s. All components are correct and match the production period.