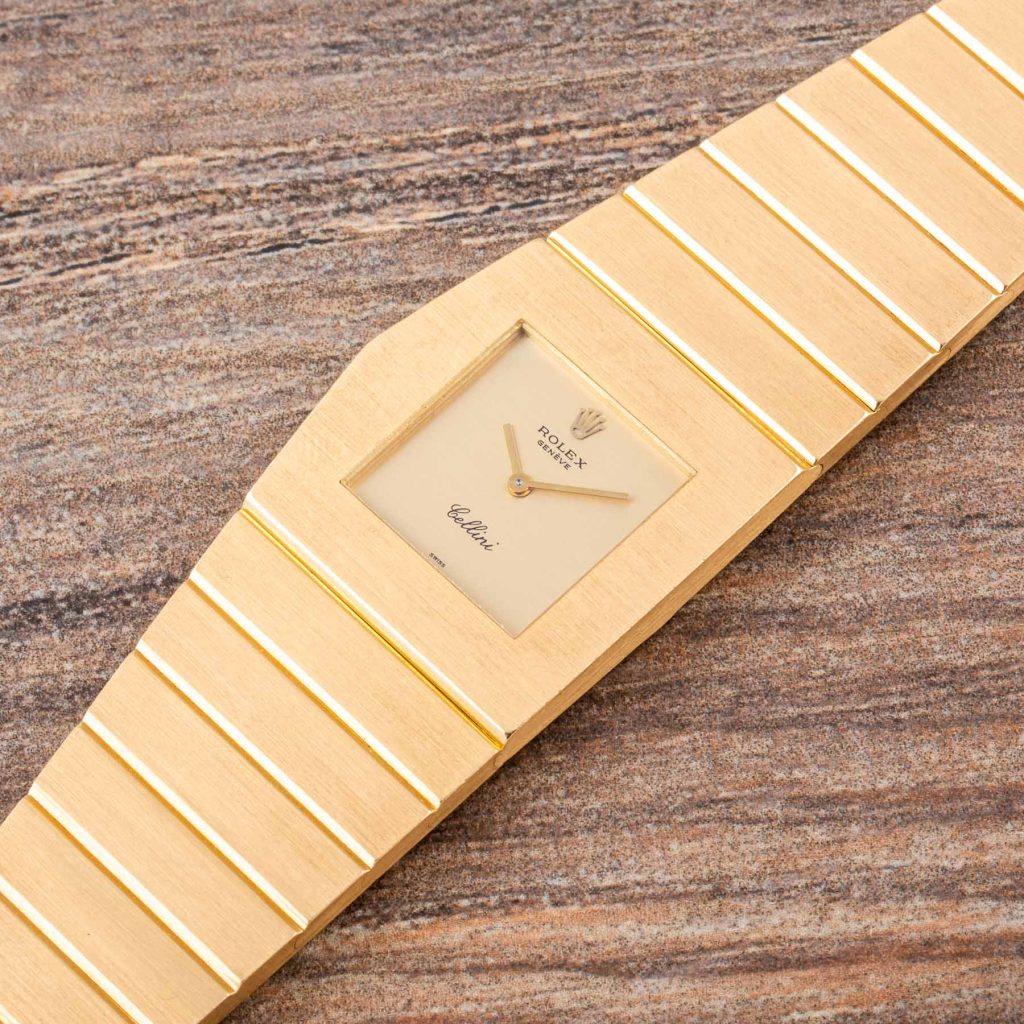 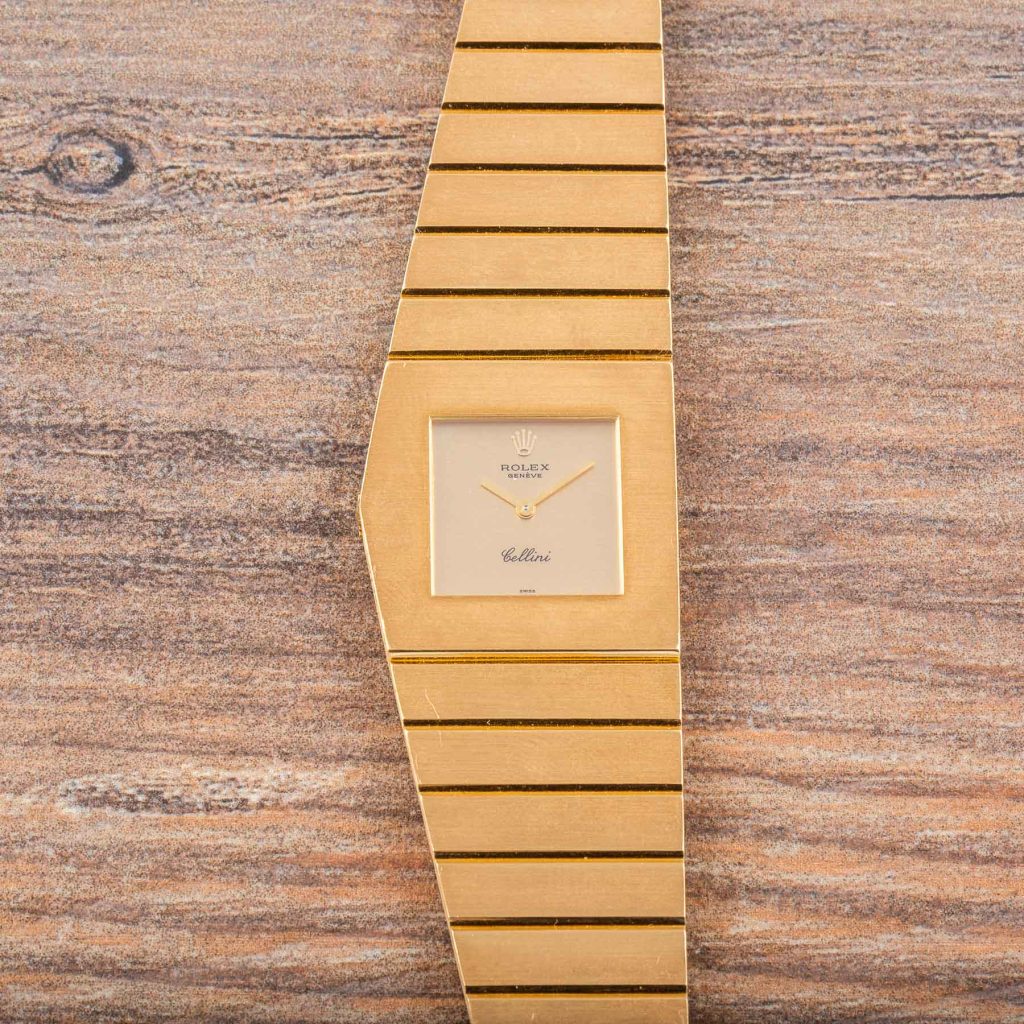 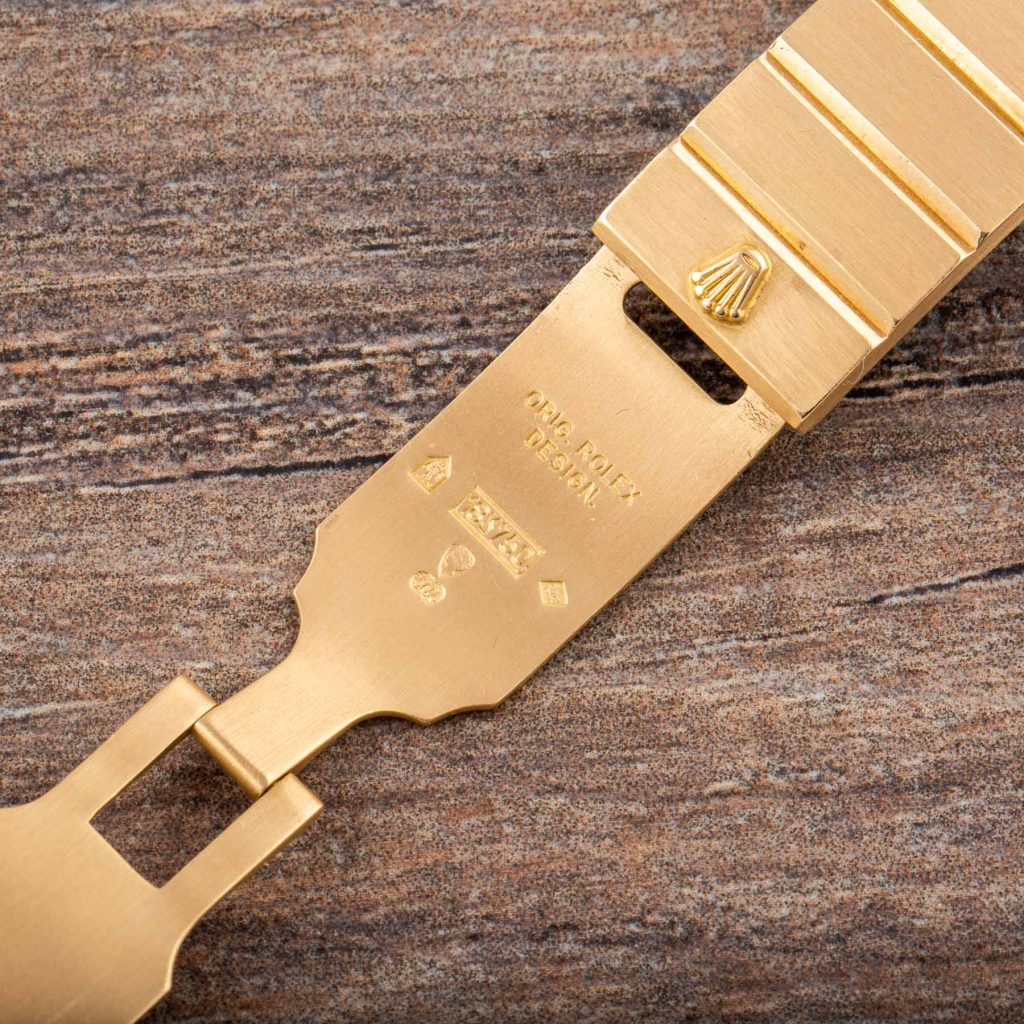 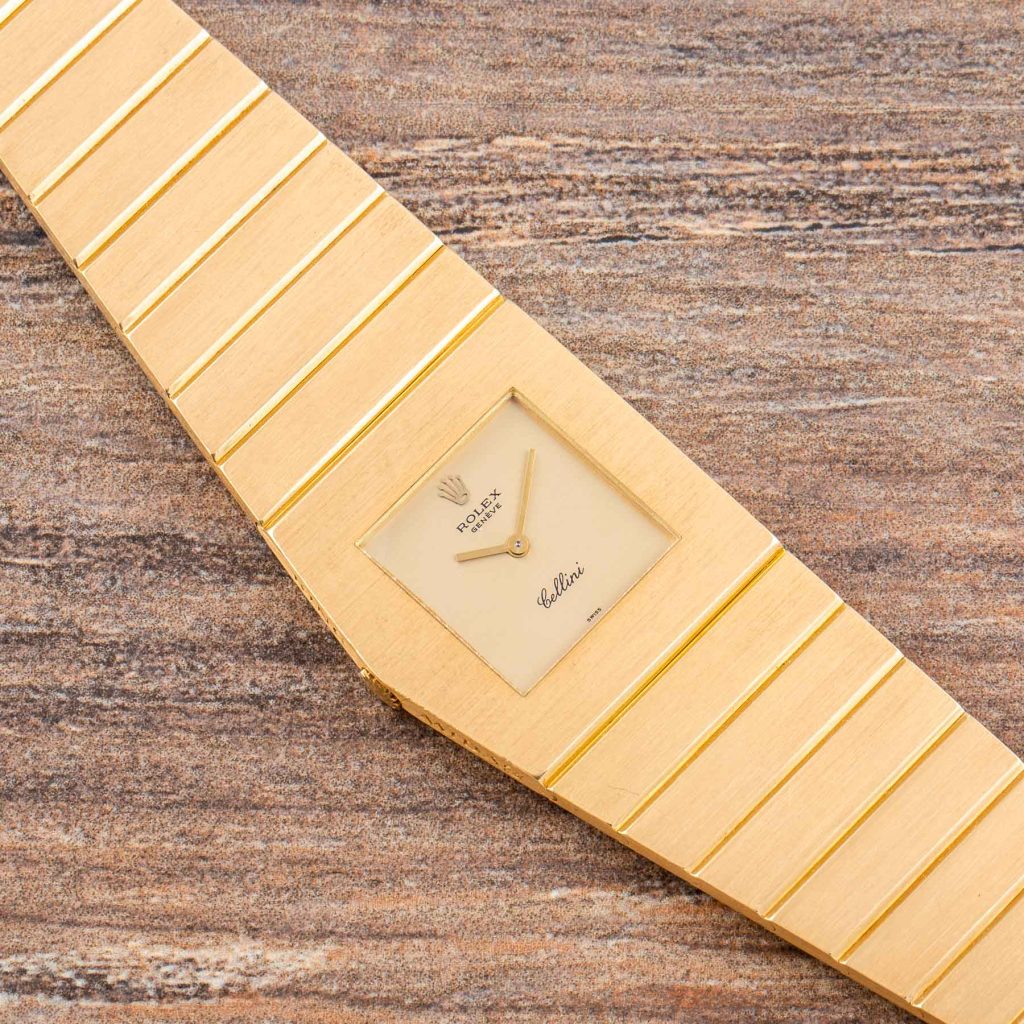 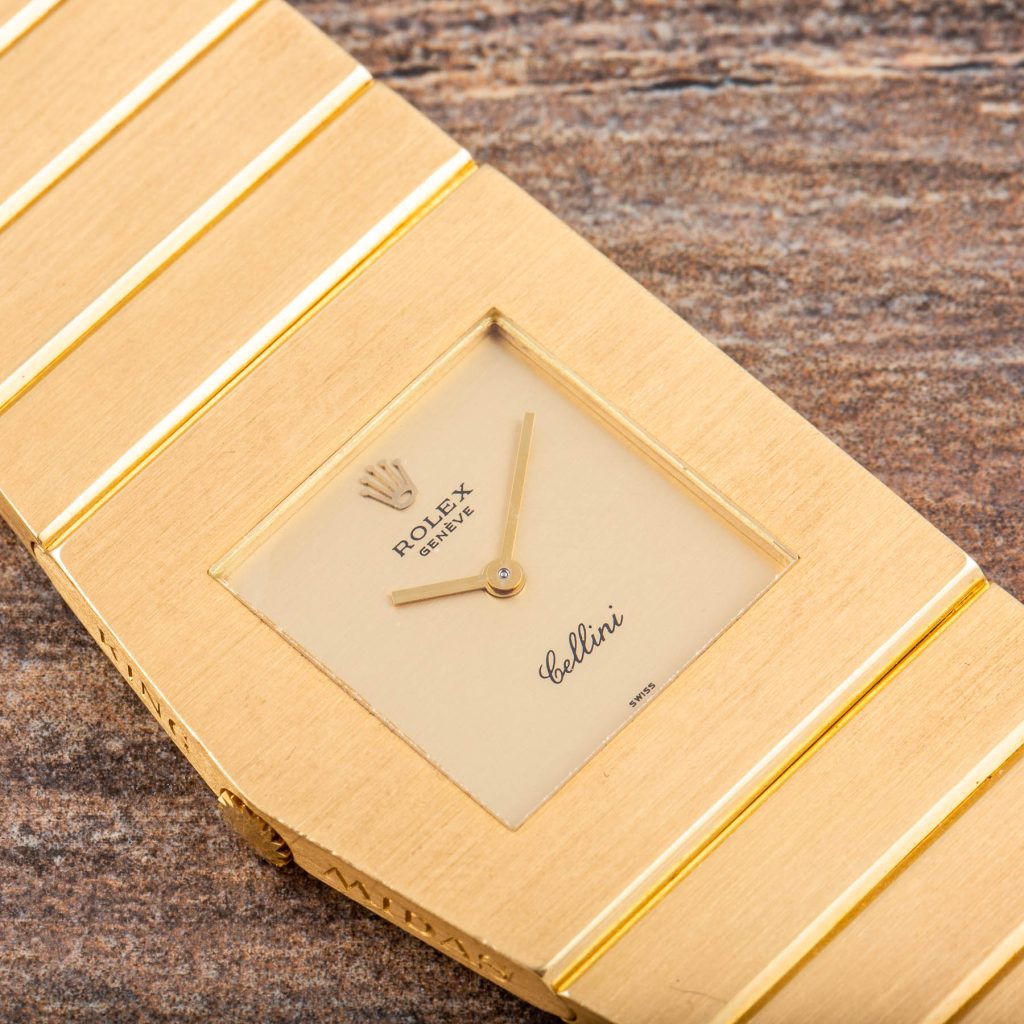 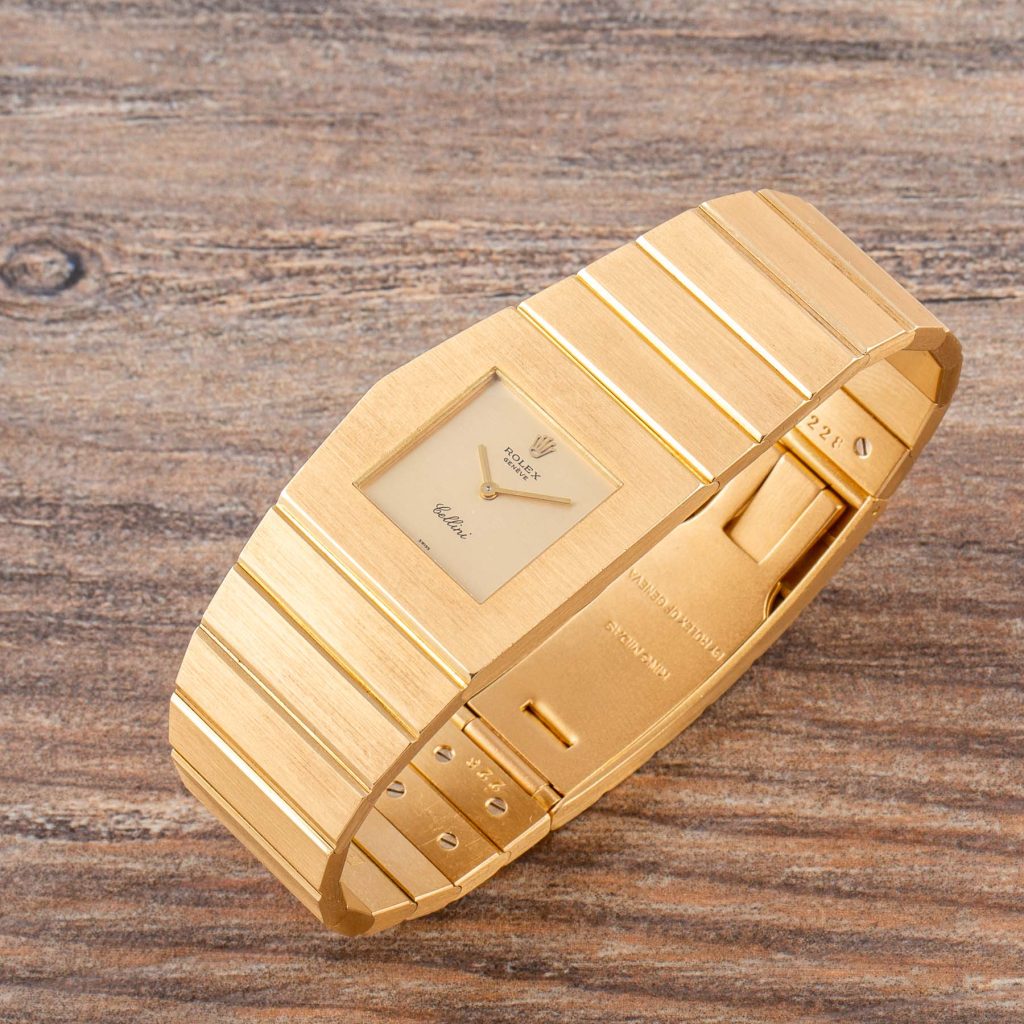 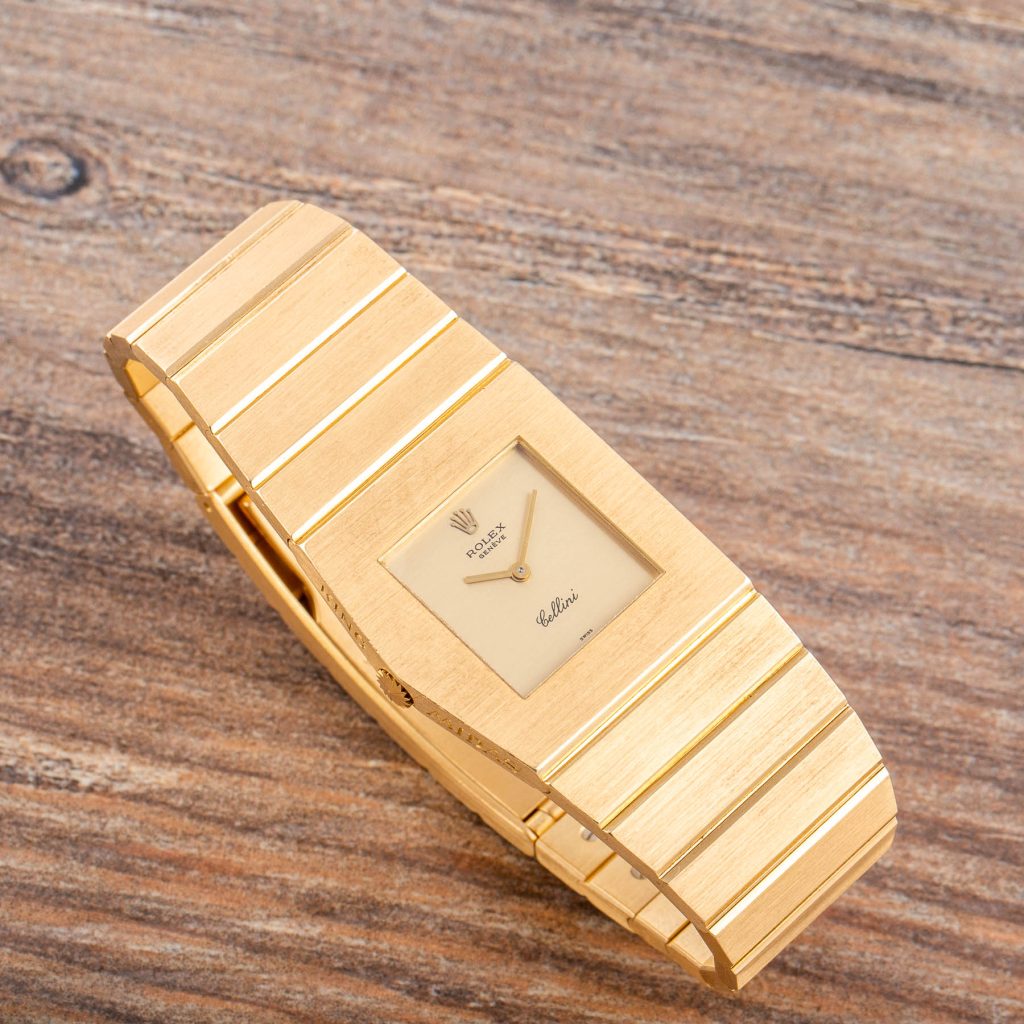 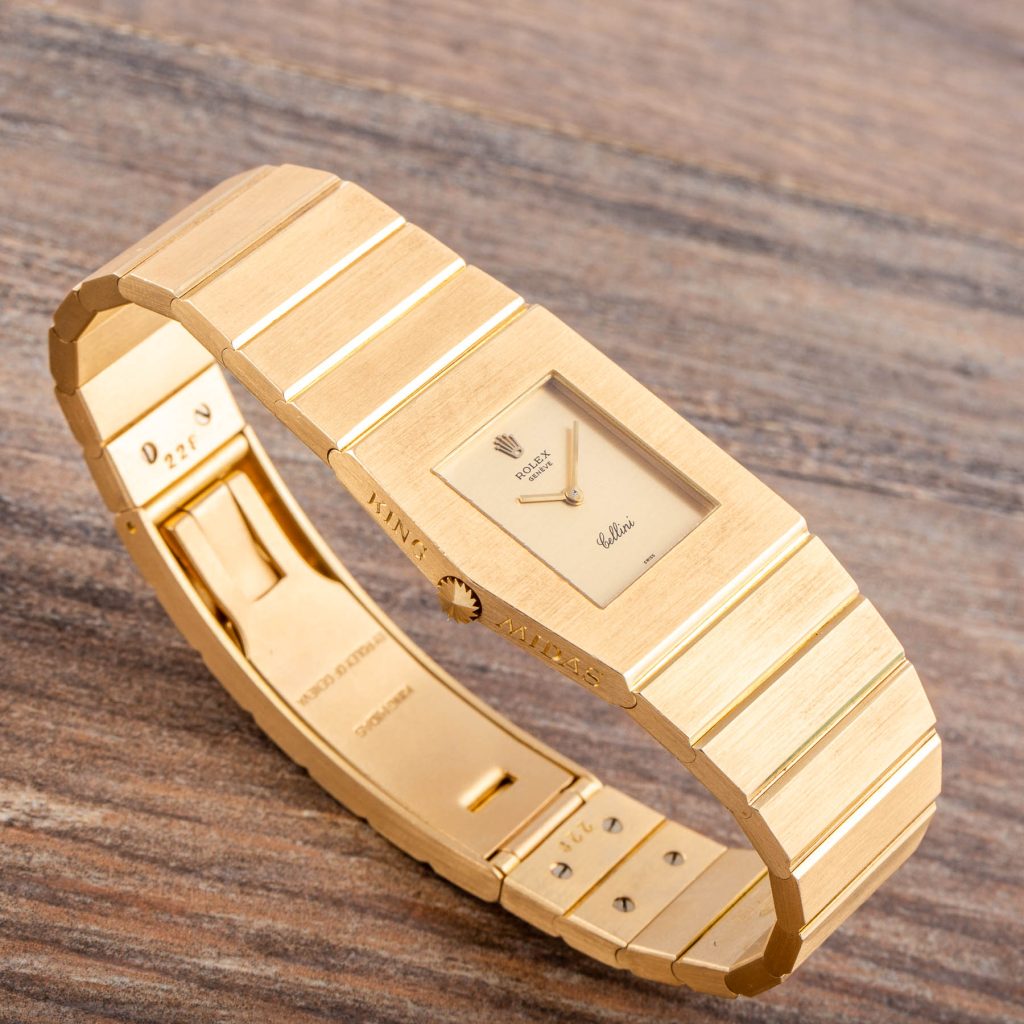 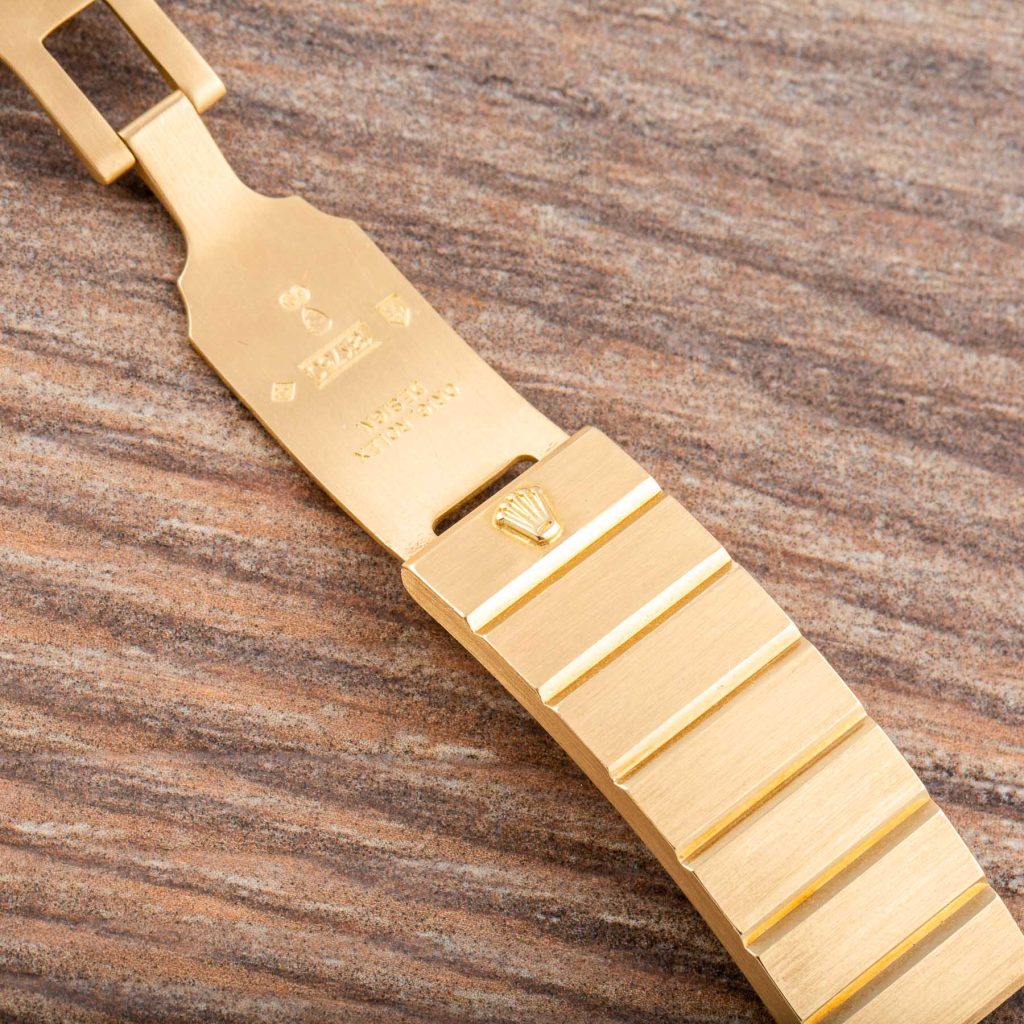 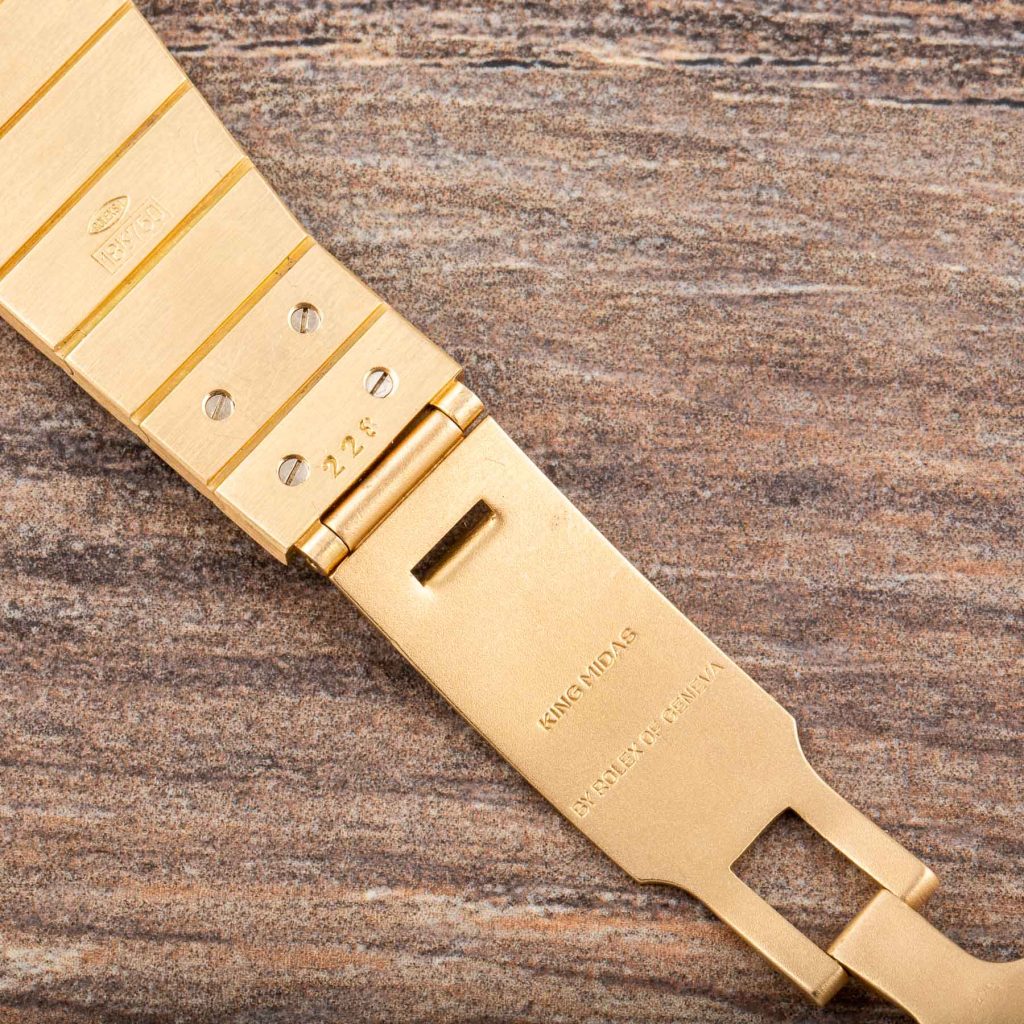 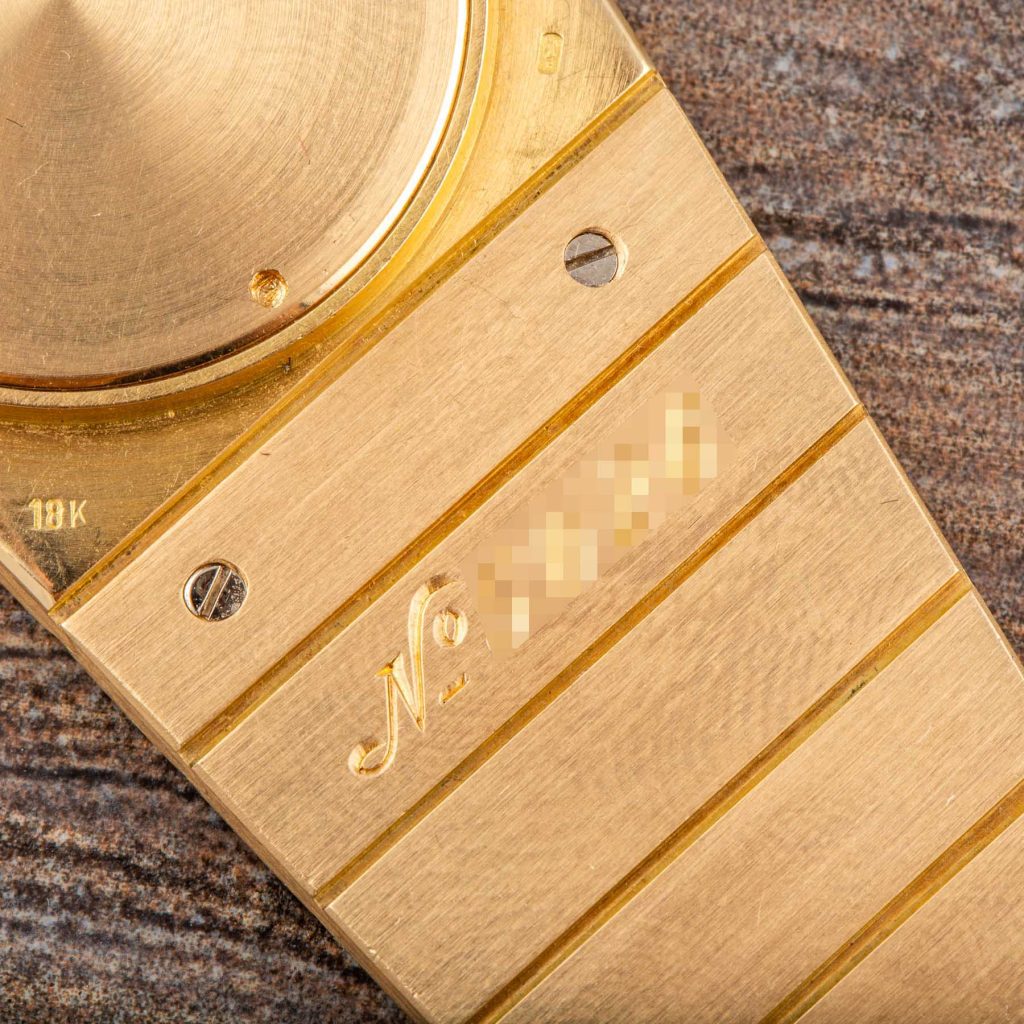 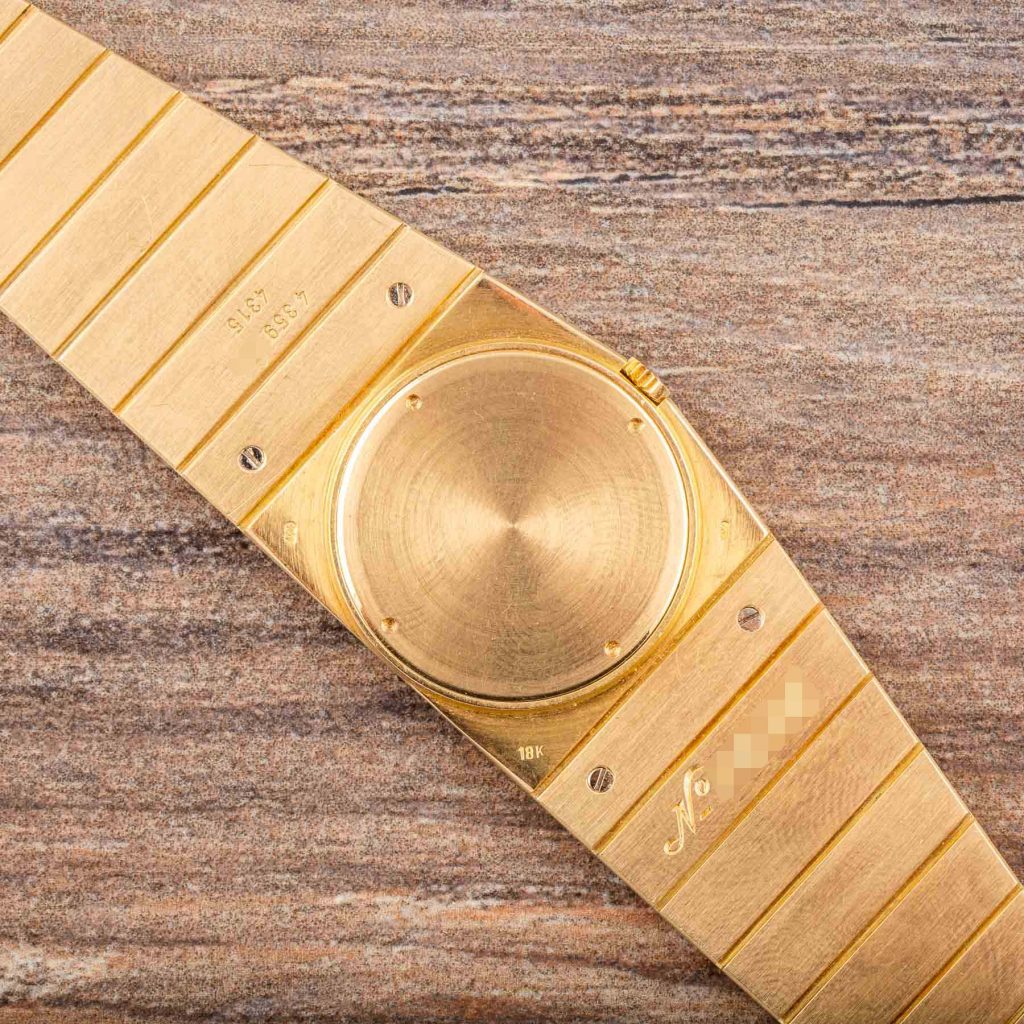 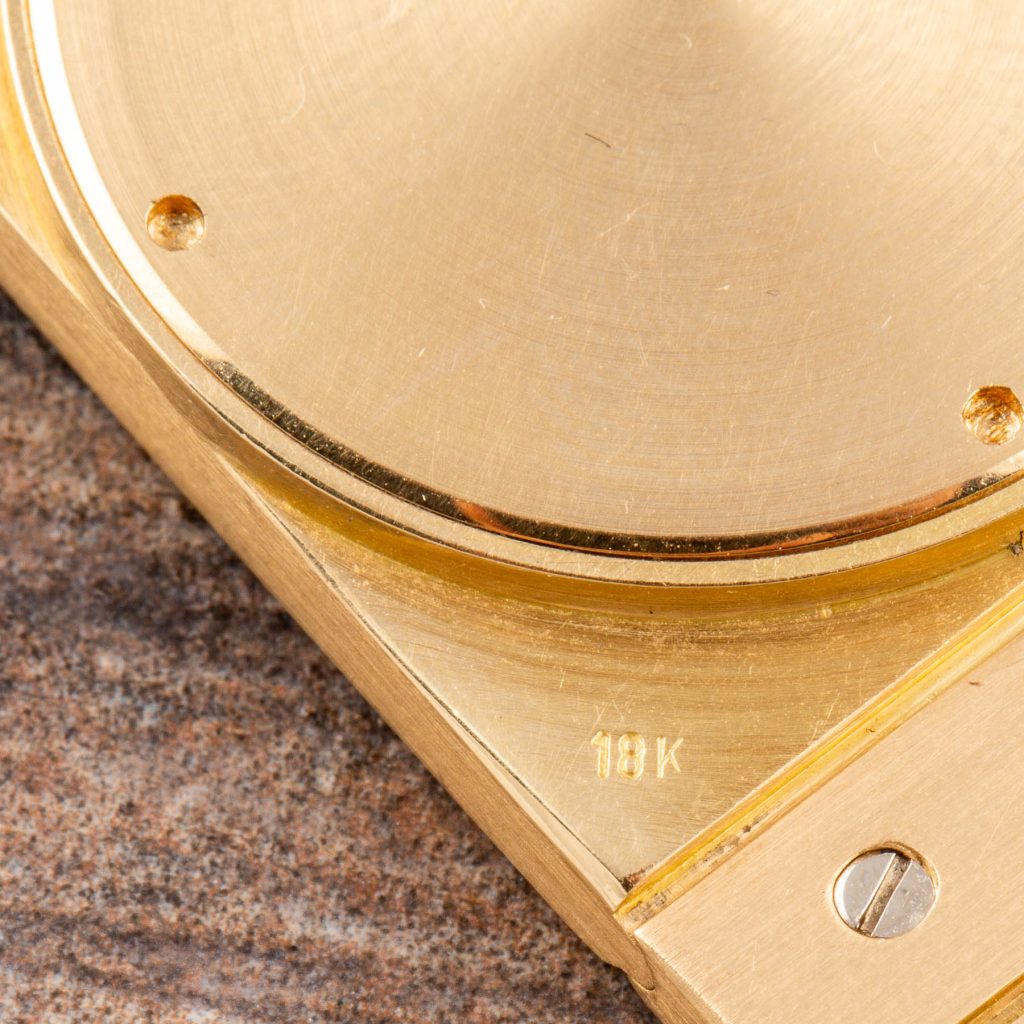 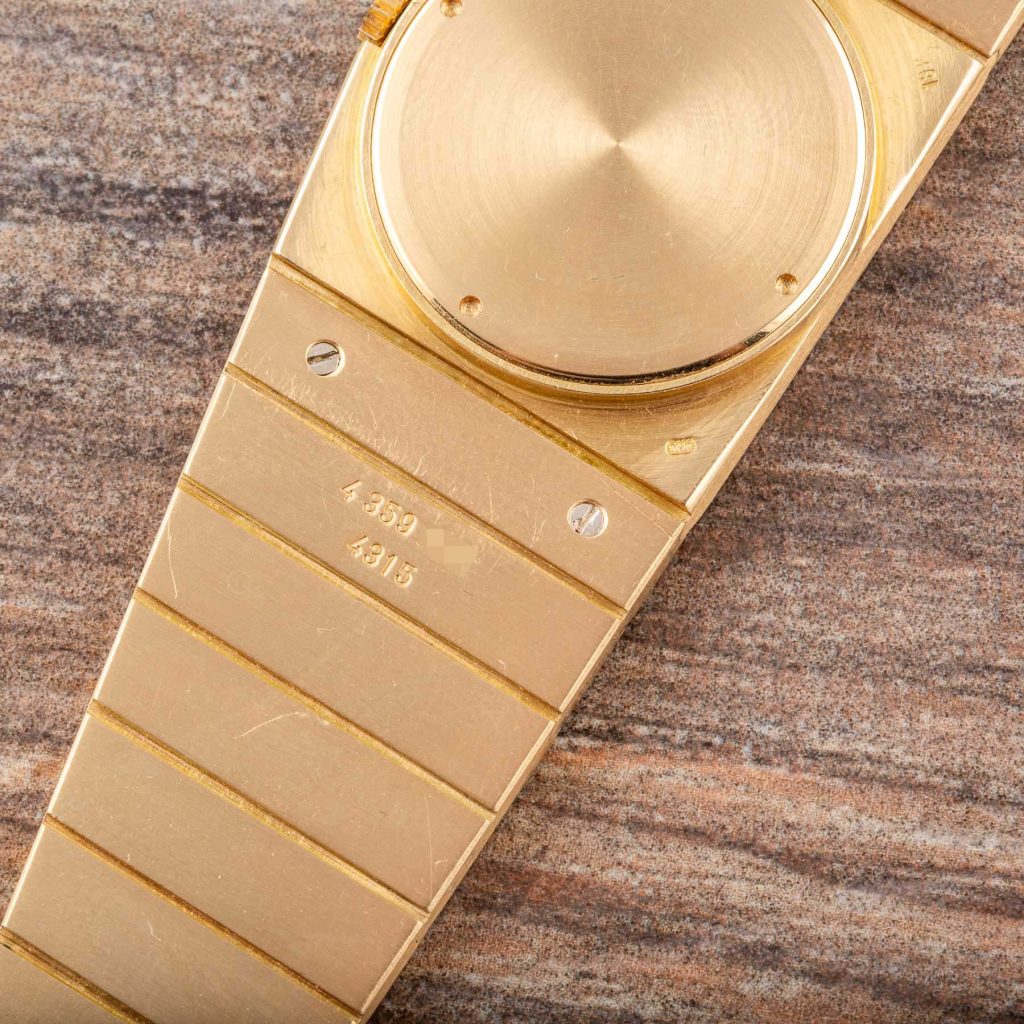 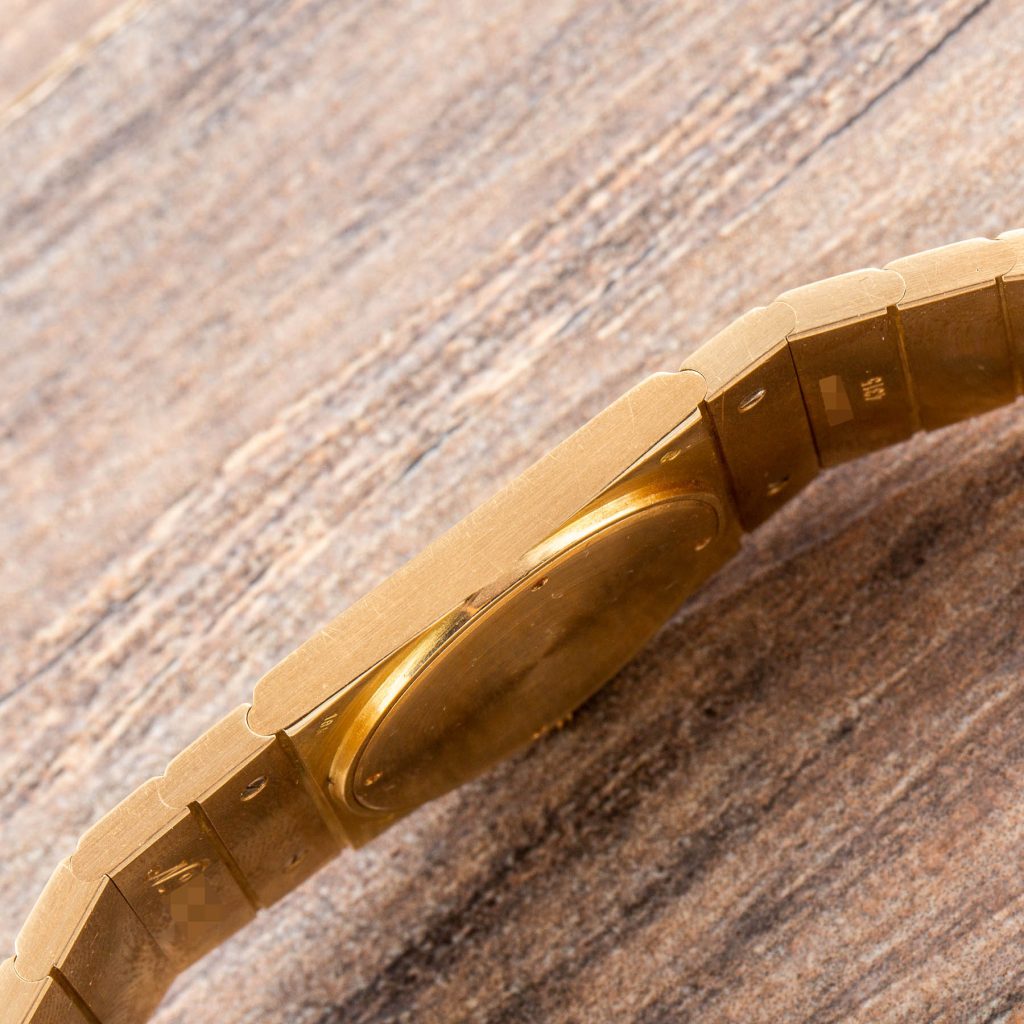 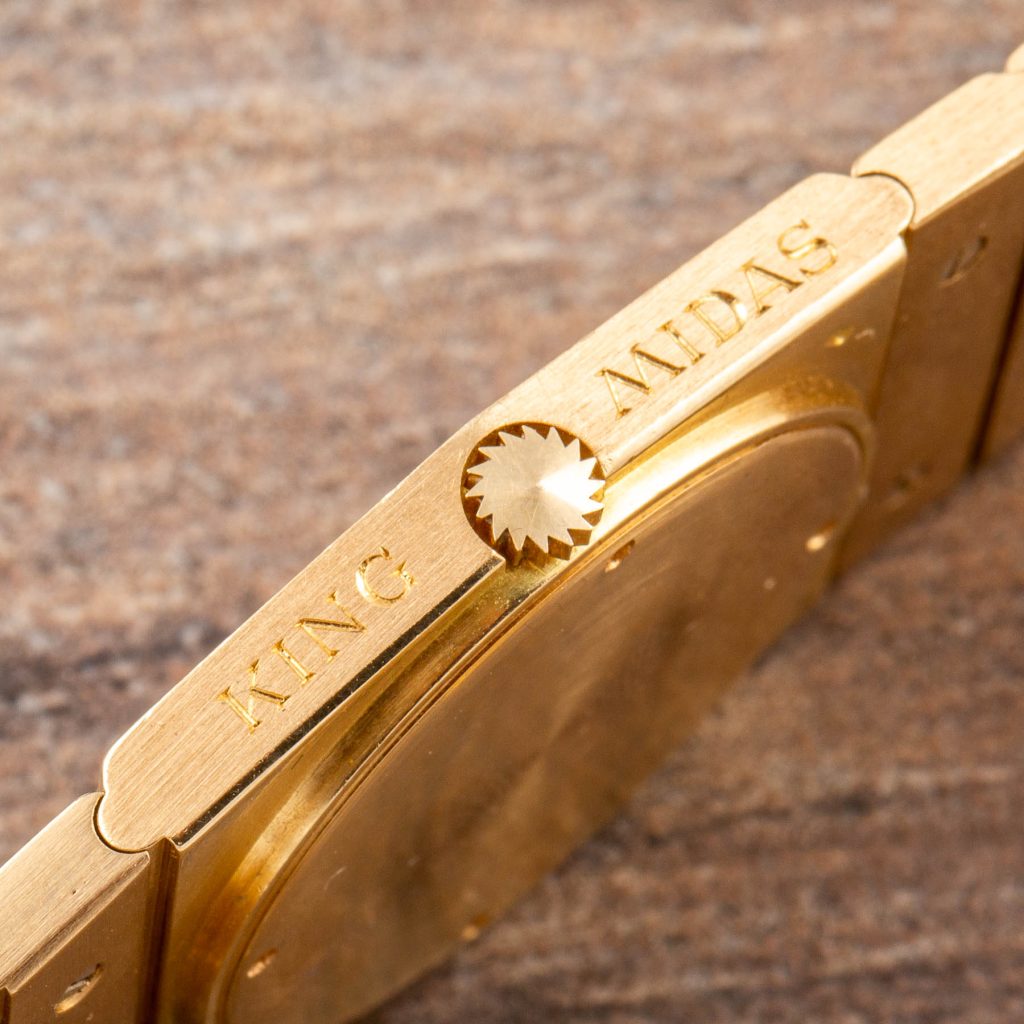 At the end of the 1950s, Rolex entrusted Charles Gerald Genta, the very famous Swiss designer of watches and jewelry, with the design of an innovative and important jewel-watch. Taking inspiration from ancient Greece and its mythology, Gérald Genta chose the name of King Midas for his watch. The very first Rolex King Midas was reference 9630 and was produced from about 1961 to 1972. Very few examples of this Rolex watch were made: about 800 in yellow gold and 150 in white gold. Later, other Midas references were produced with similar characteristics, but they were not identical to the original. In the second series King Midas (reference 3580) the word “MIDAS” was gradually replaced by “CELLINI”, the third series King Midas (reference 4315) had a thinner bracelet, a caseback with screws and a single fold bracelet clasp. The present example belongs to the third series.

This Rolex King Midas ref. 4315 is an exceptional example of this rare and sought-after reference. The overall conditions are exceptionally good. The case has some light signs of wear but it has most likely never been polished and has all the original shapes and angles, the dial is perfect without defects, the bracelet is intact, has no stretch and comes with all the gold stamps still present. Even the engravings on the caseback, case side and caseback are still present and well defined. All components are correct for the production year : Cellini signed dial, single fold bracelet clasp, caseback with screws.