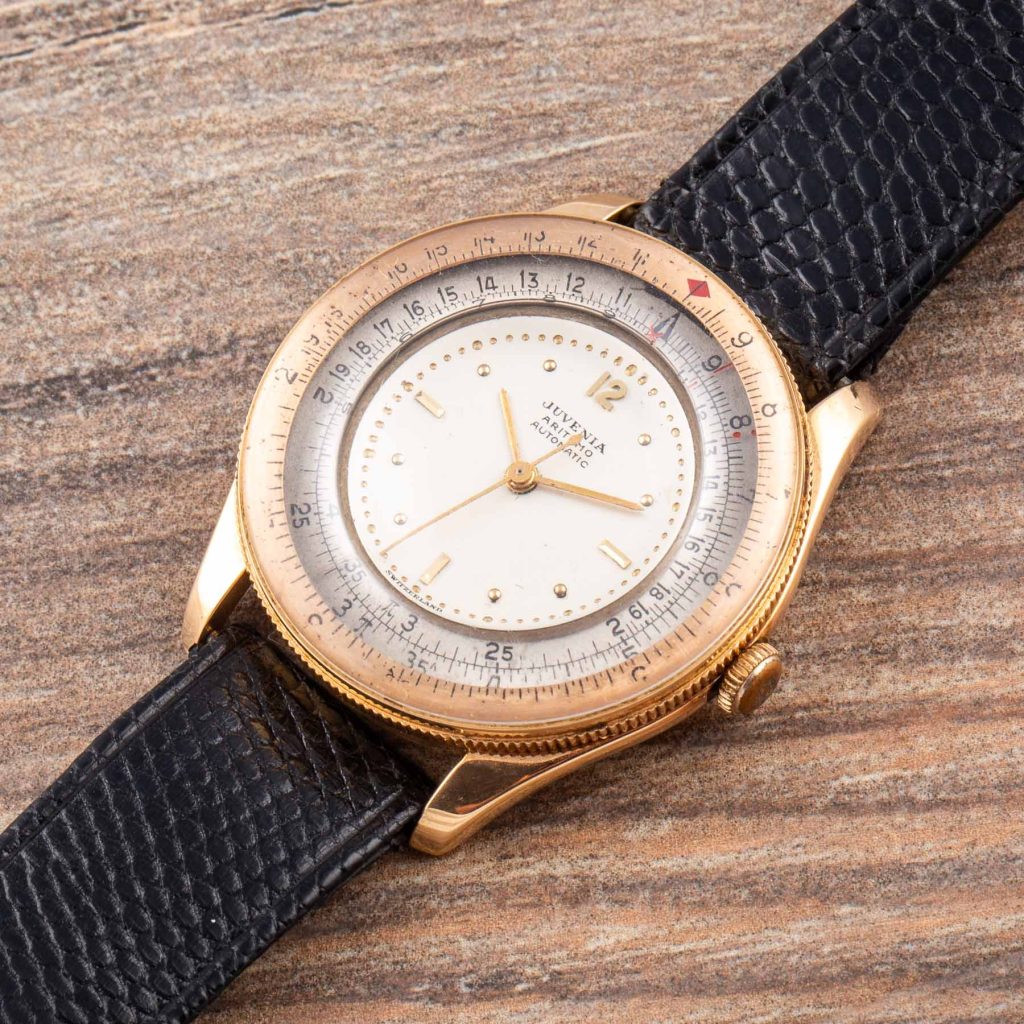 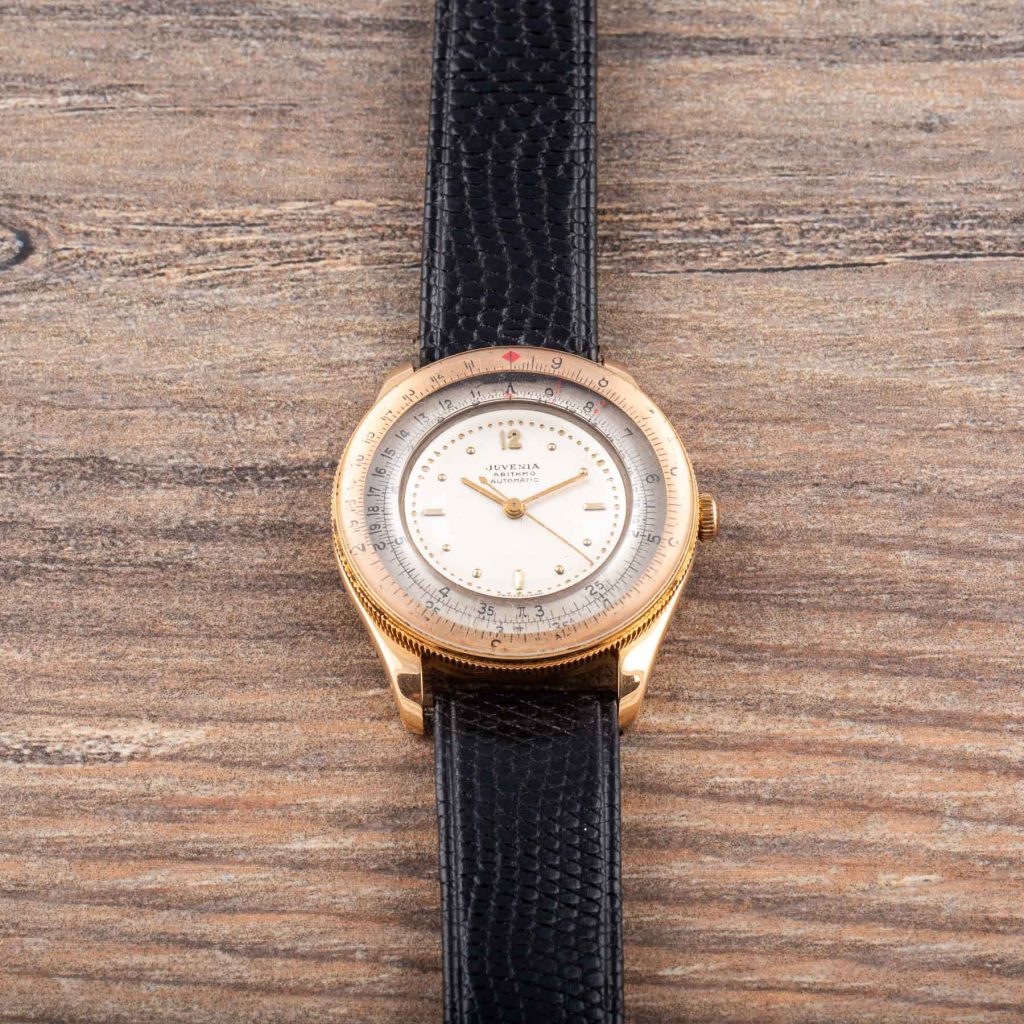 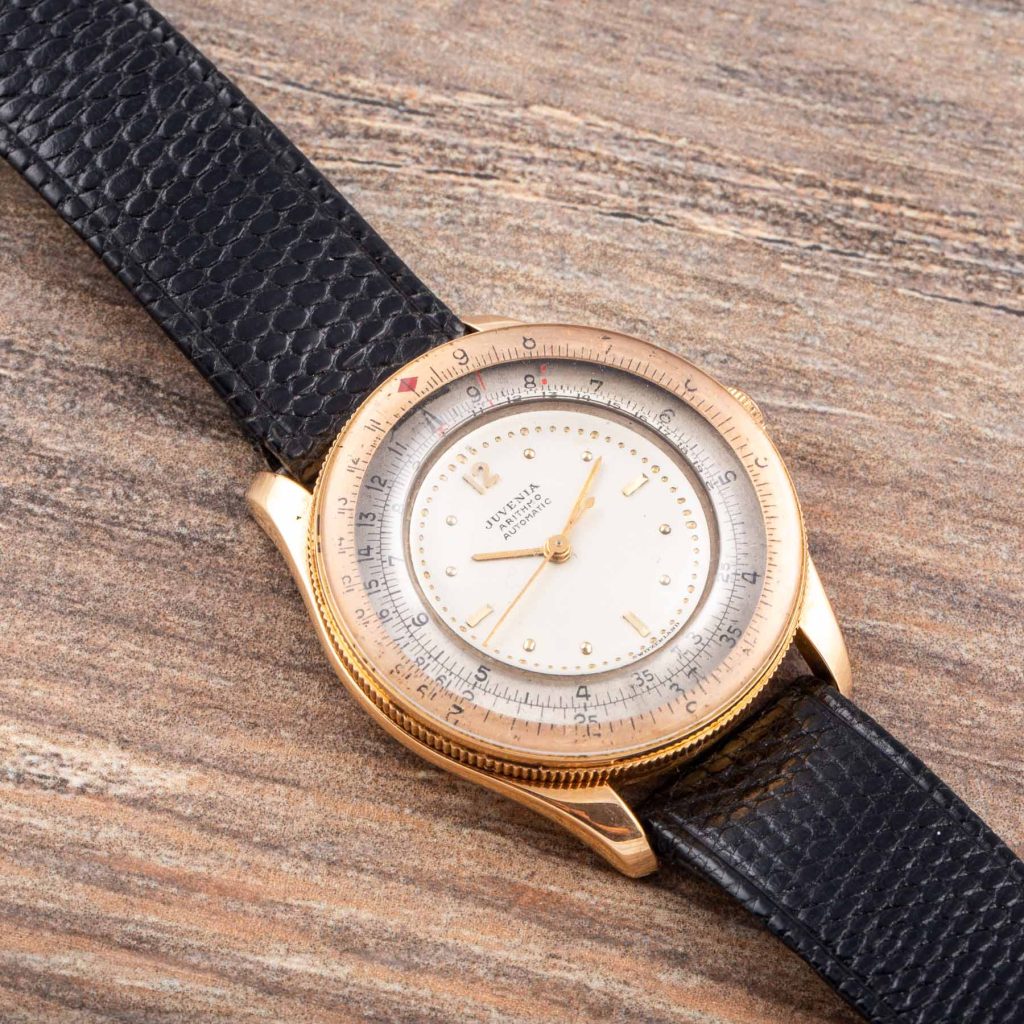 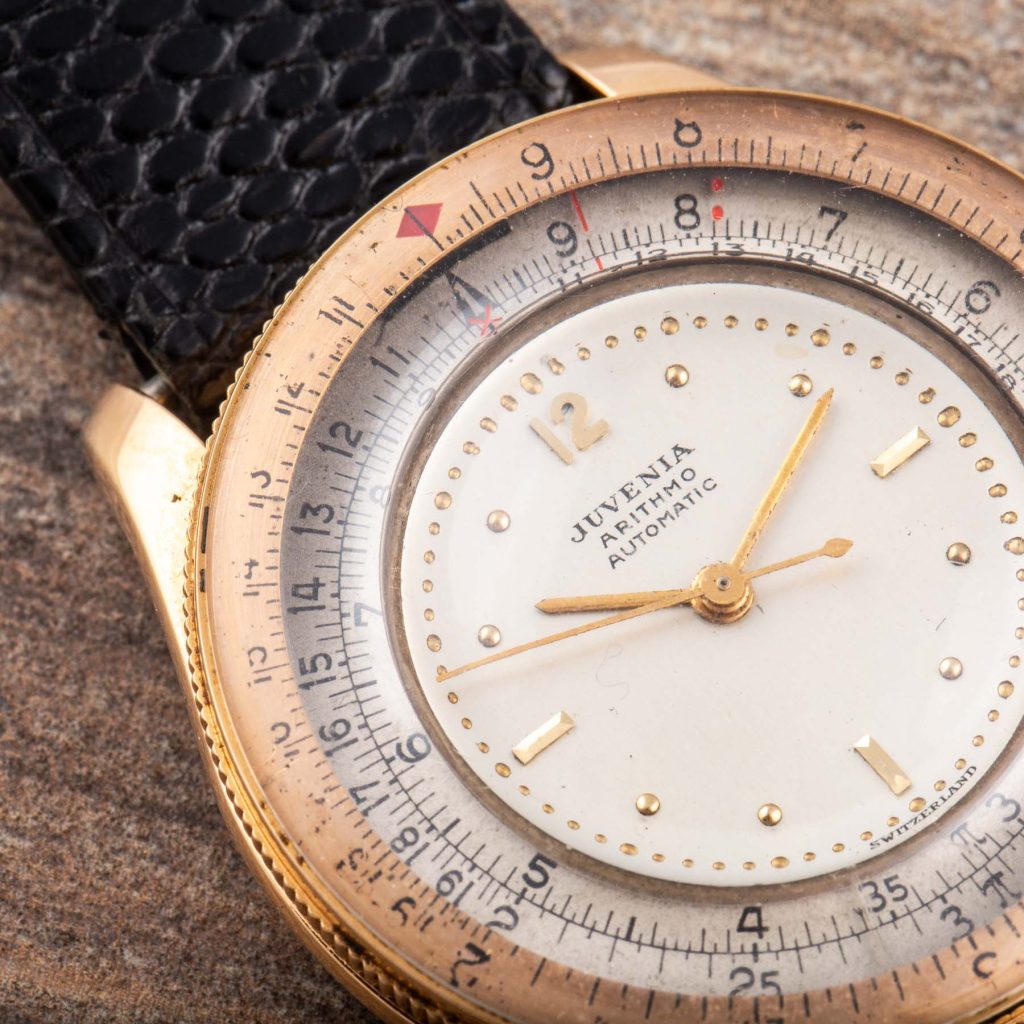 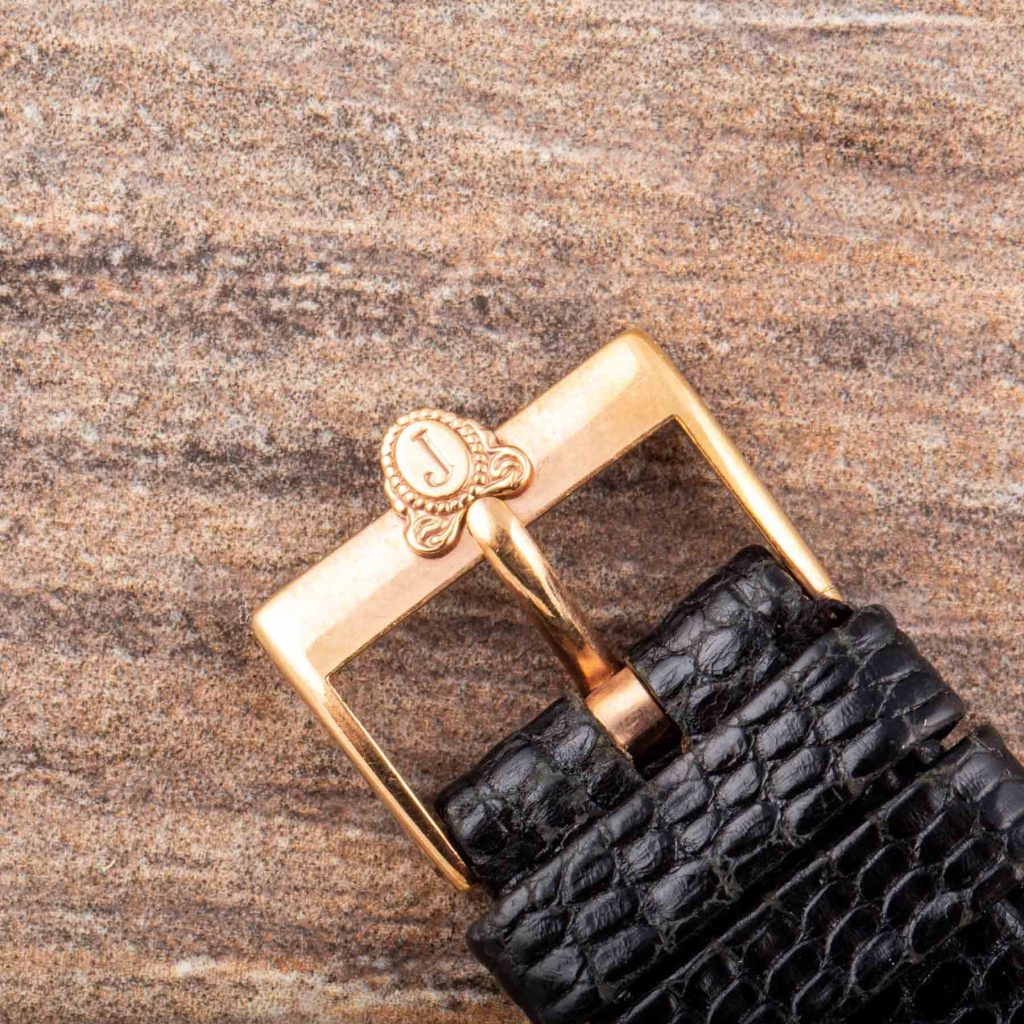 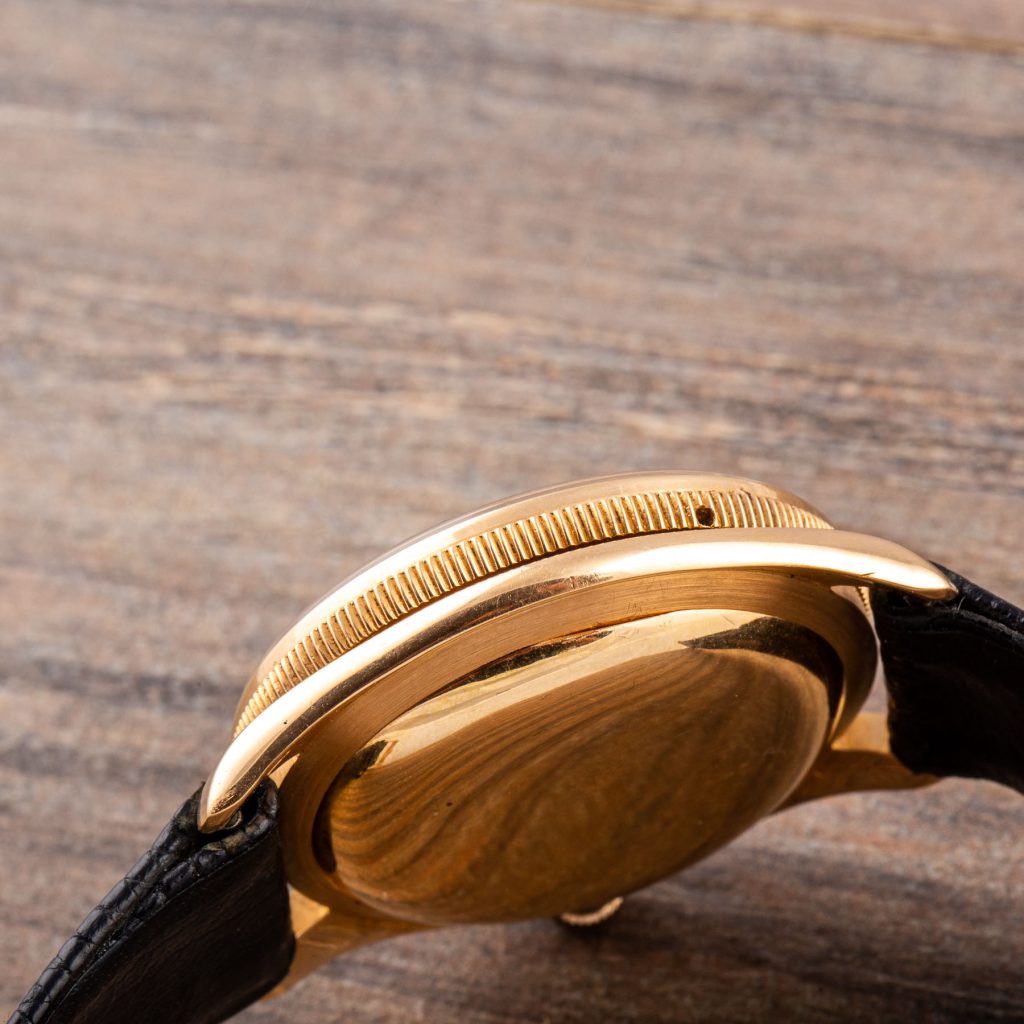 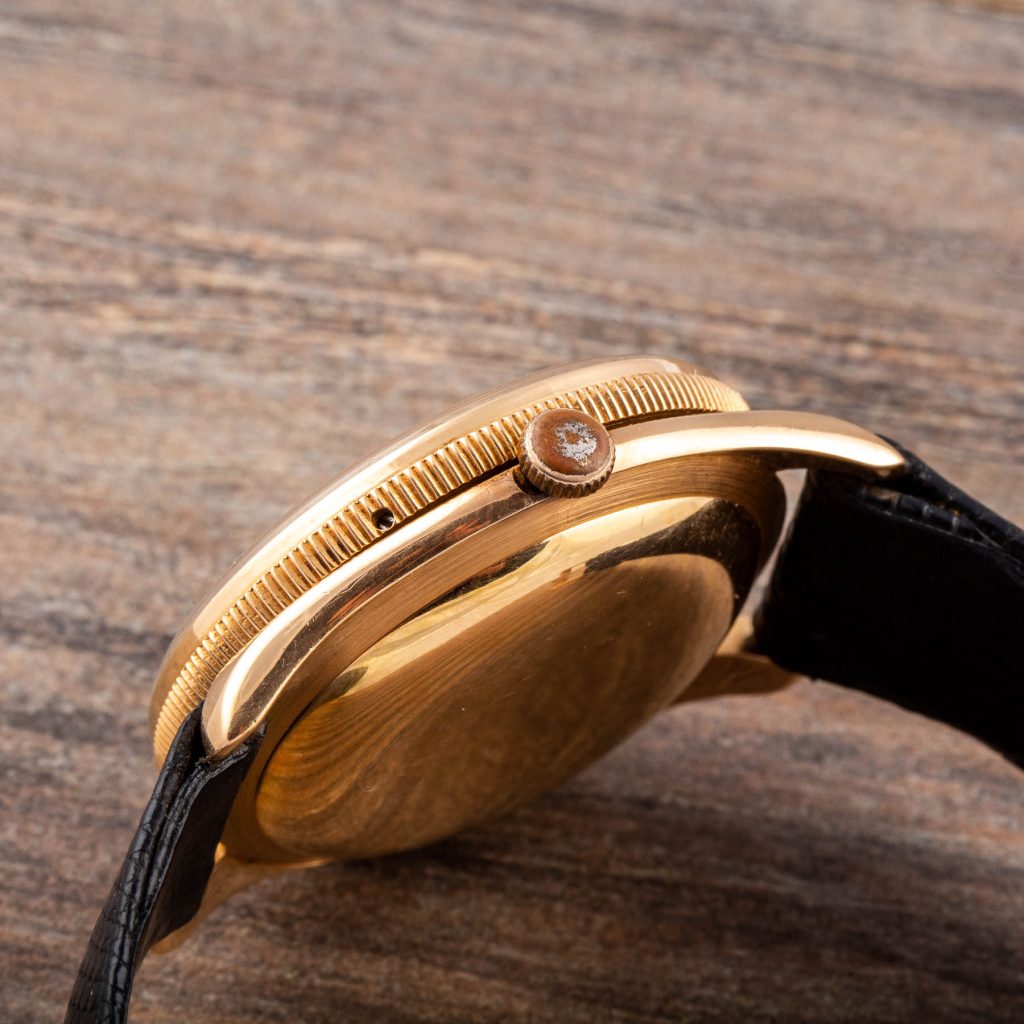 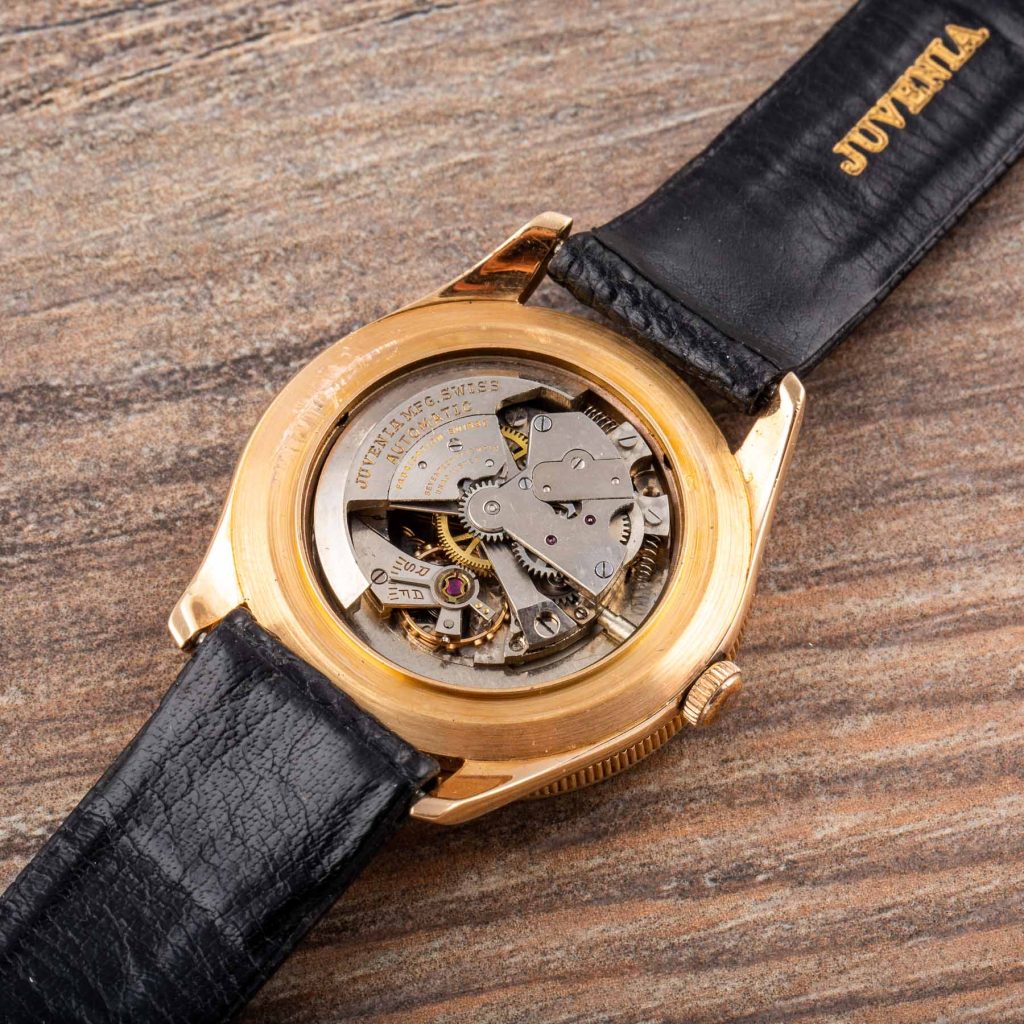 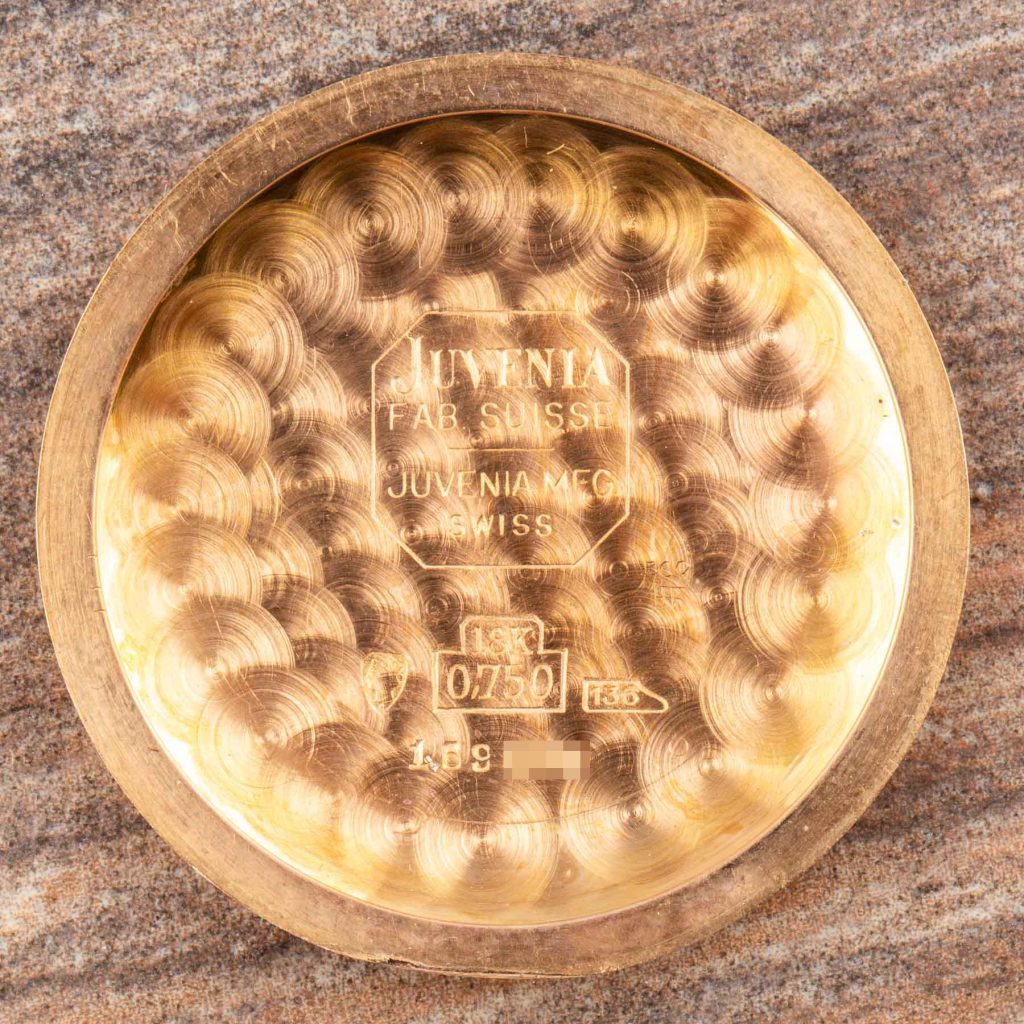 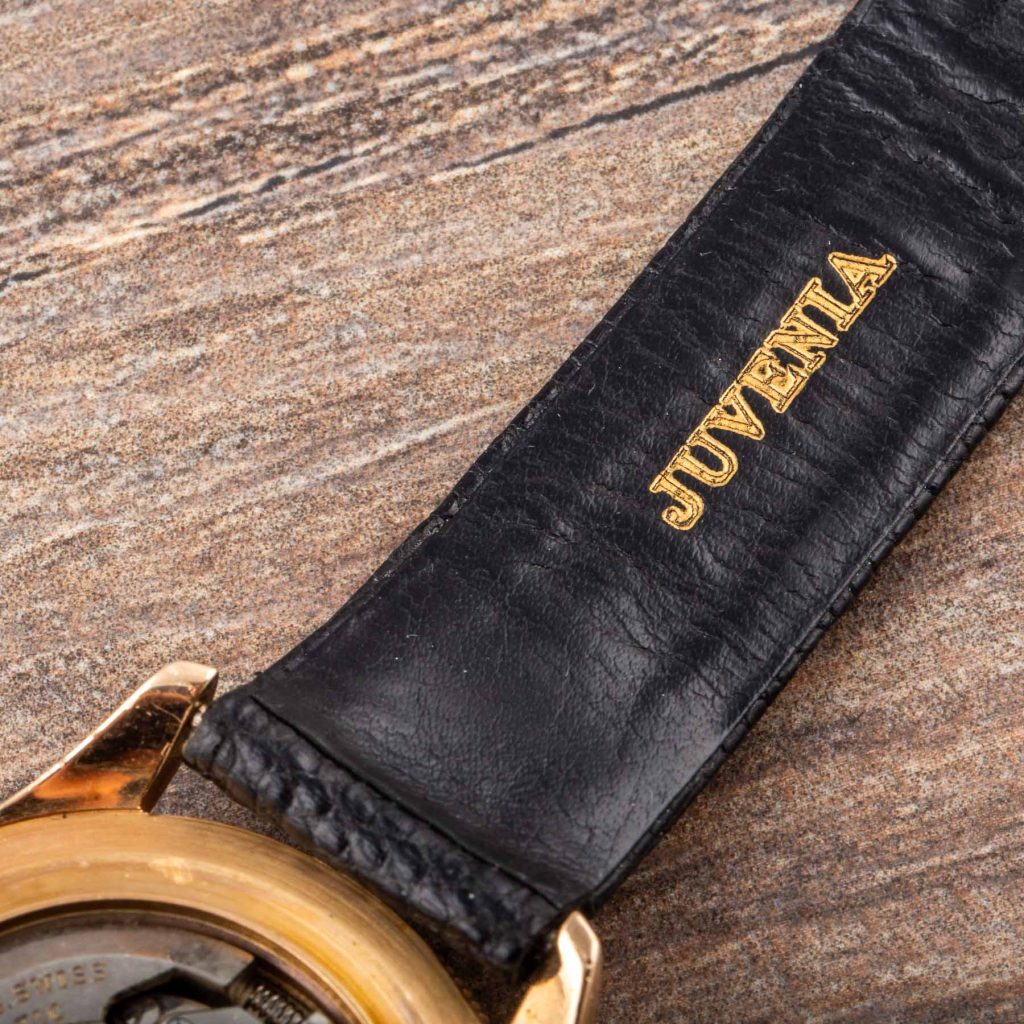 Juvenia was founded in 1869 by Jacques Didisheim. Mr Jacques dedicated the name of his business to his wife, naming the company with her name. Over the years, Juvenia has become one of the most important Swiss watchmaking brands. It has been making watches of remarkable quality since the early 1900s such as the Sextant, a watch inspired by the sextant, at navigational instrument used to measure the angular distance between two points. Another very famous Juvenia watch is the Arithmo, the first calculator wristwatch ever. The Arithmo could display the results of arithmetic calculations above the 12 o’clock mark.

The present Juvenia Arithmo is an exceptionally rare watch very sought after by collectors. Since it was produced only in very small numbers, it’s an extremely rare task even for experienced dealers to find an Arithmo watch in such beautiful and original condition. The rarity of this specimen is further enhanced by the fact that the case is made of pink gold, which is very unusual for Arithmo watches. The dial, case, movement and caseback show no particular signs of wear or defects. The watch comes with original Juvenia leather strap and buckle.