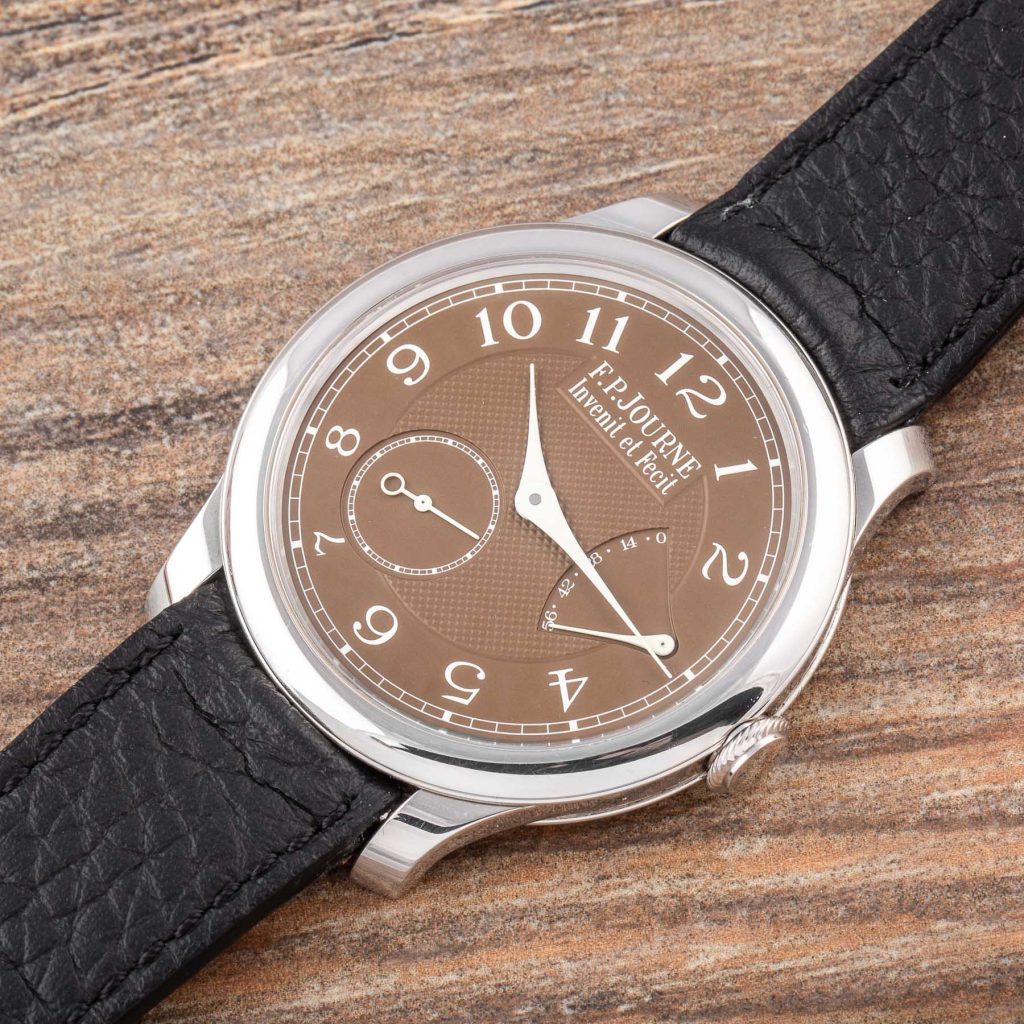 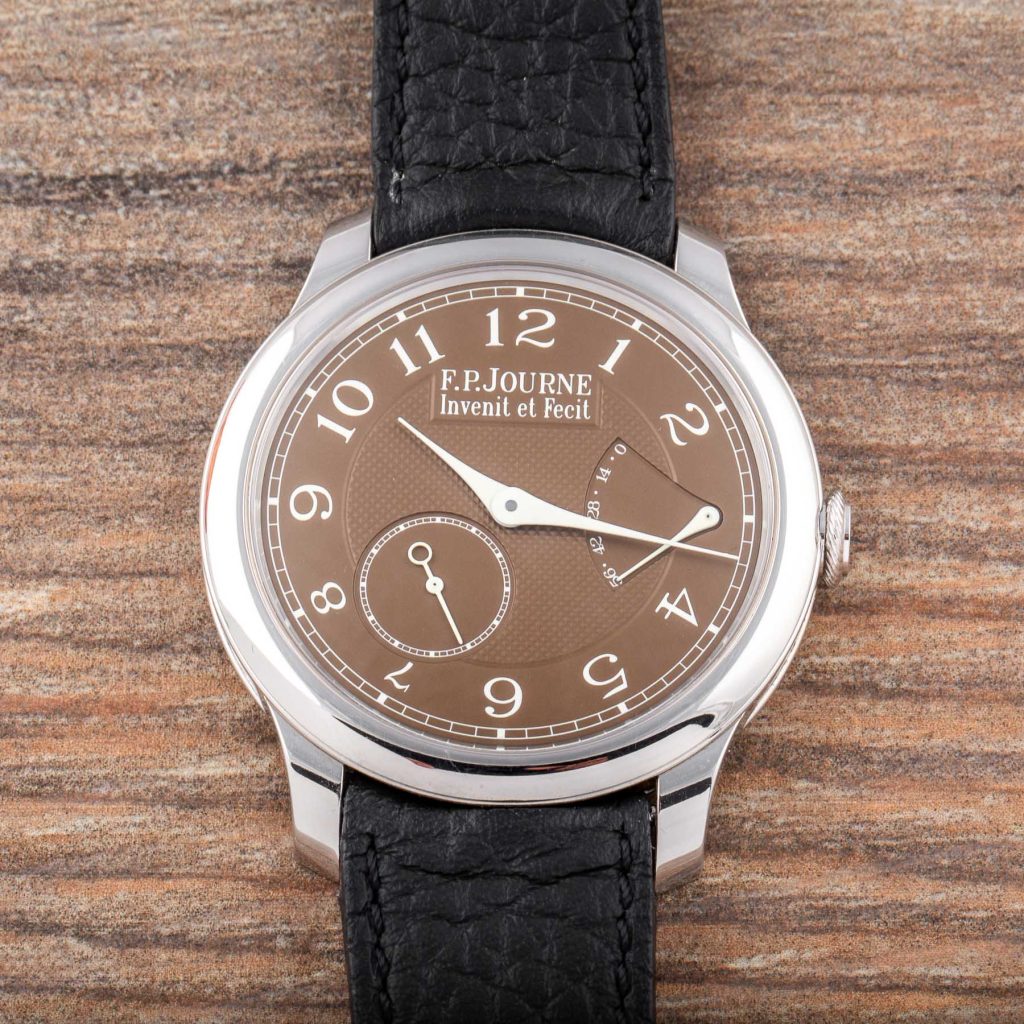 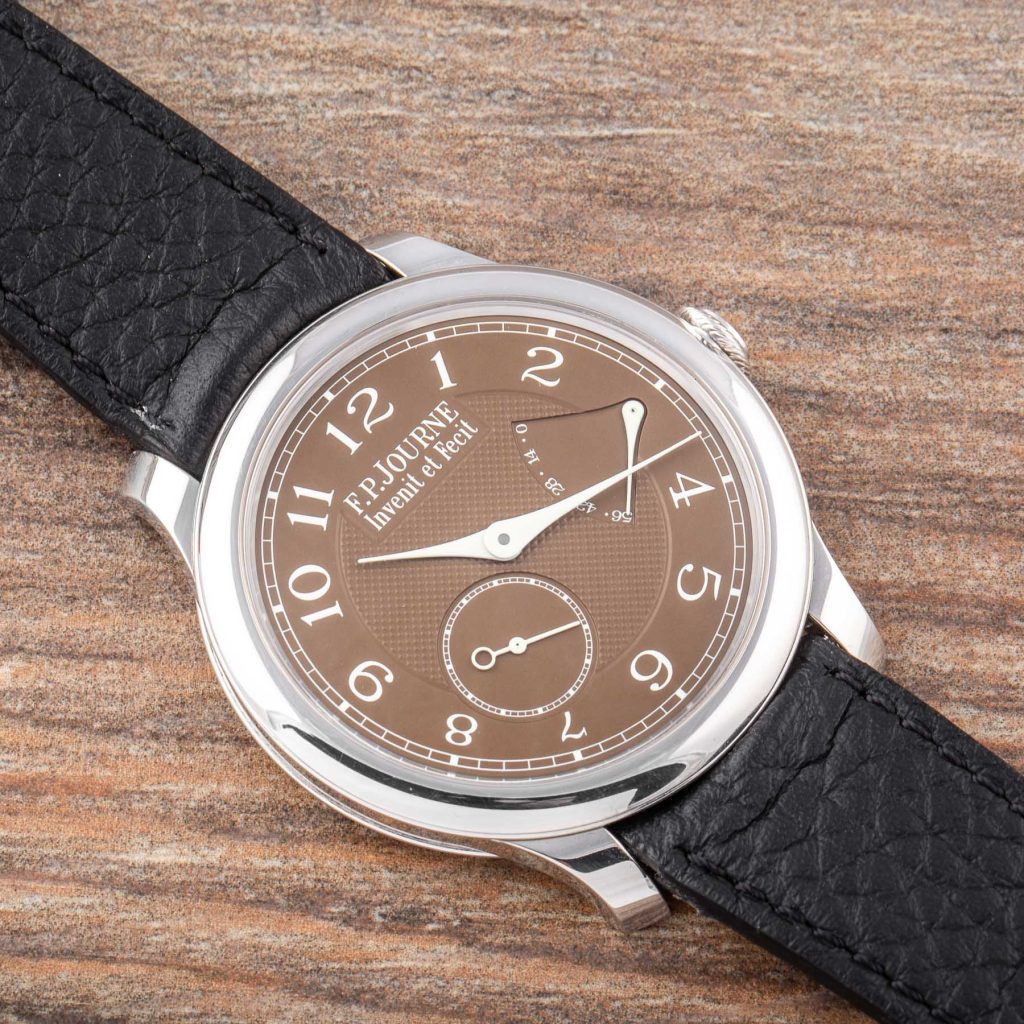 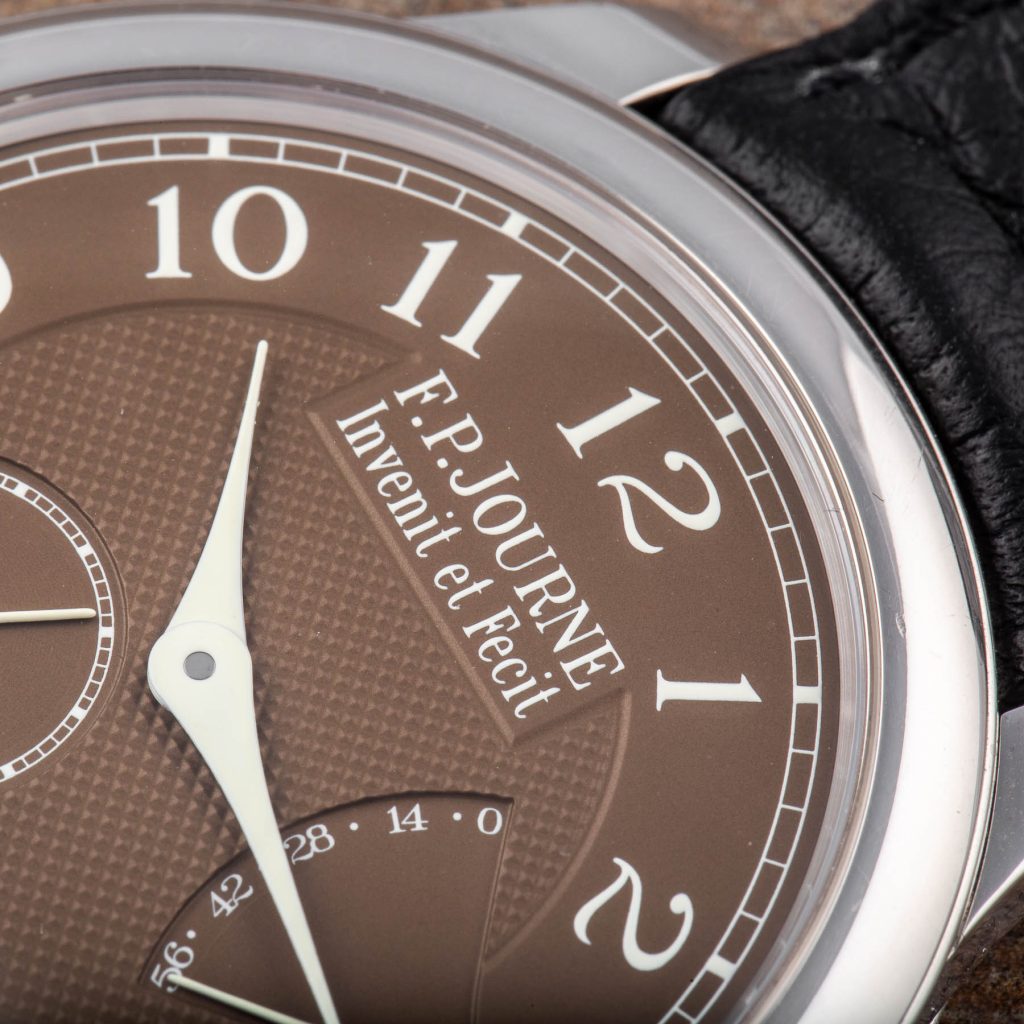 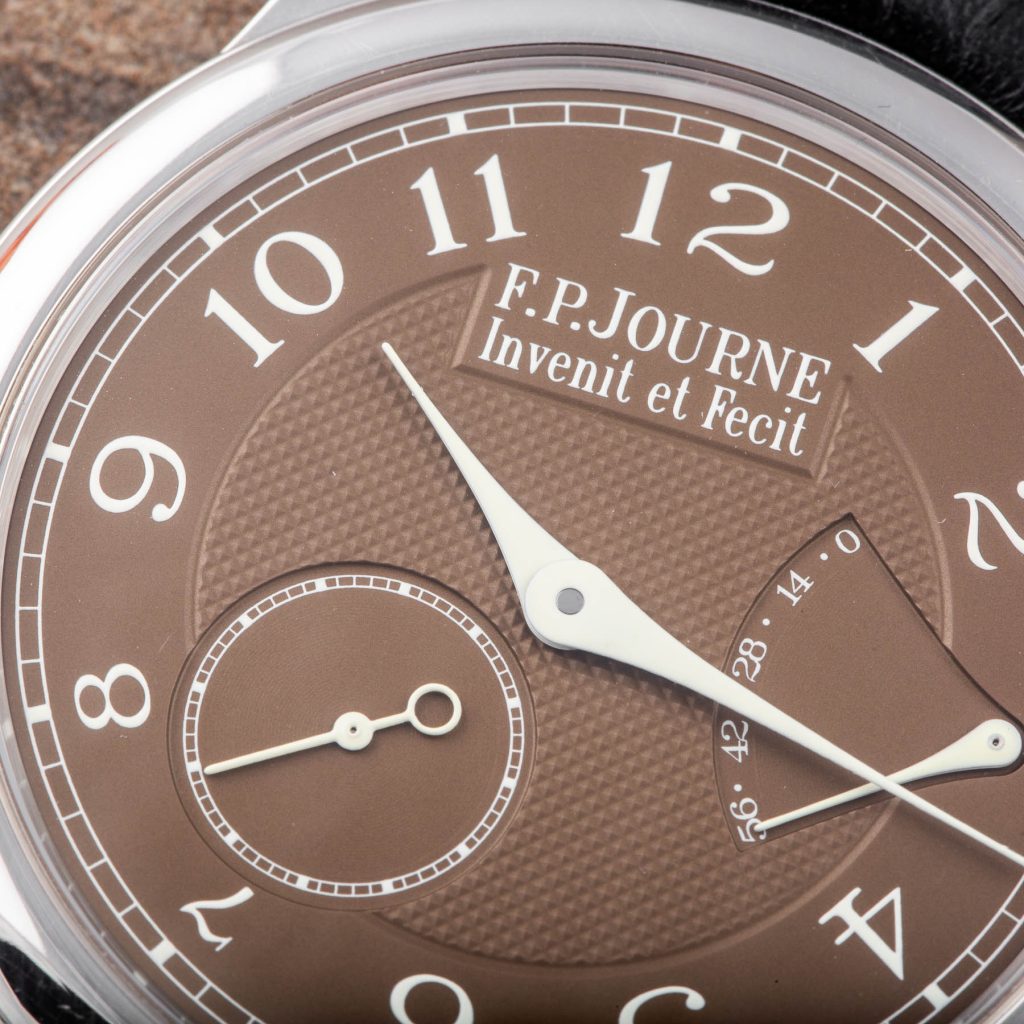 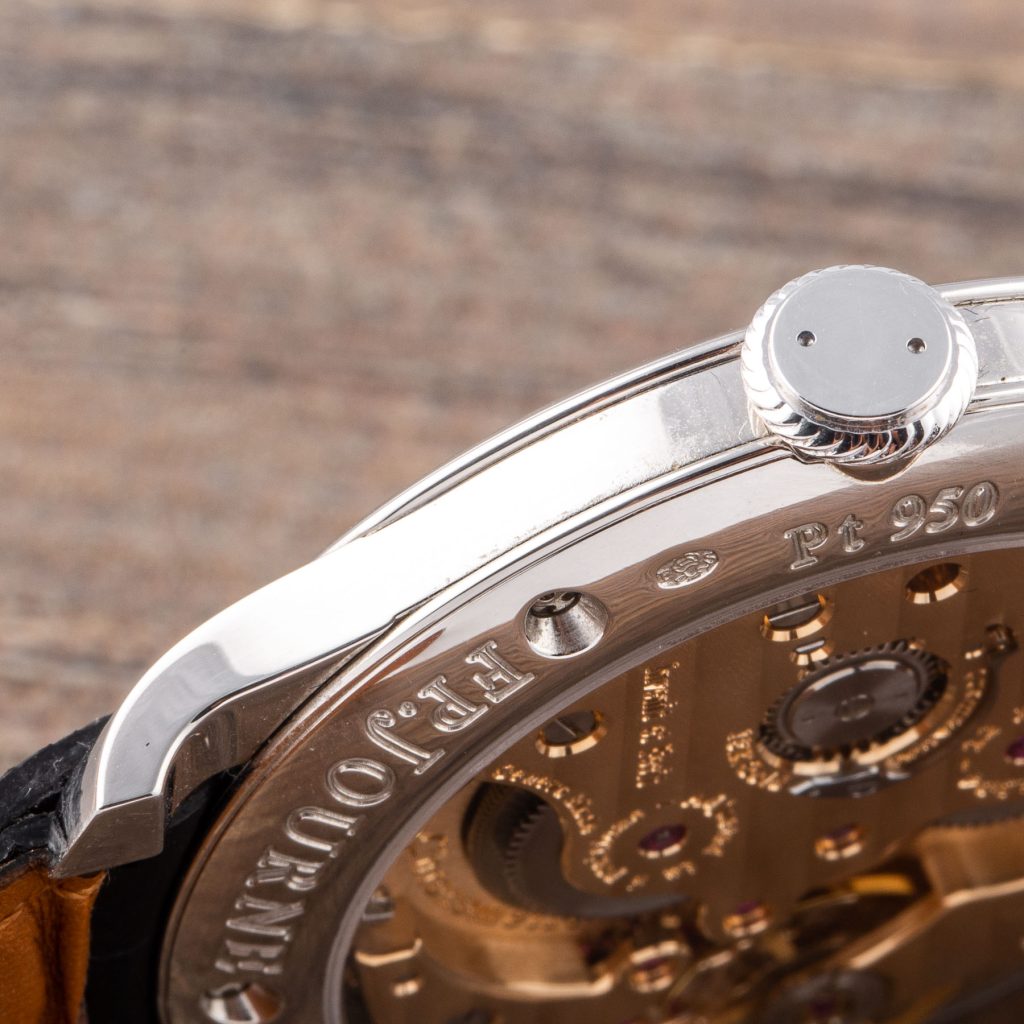 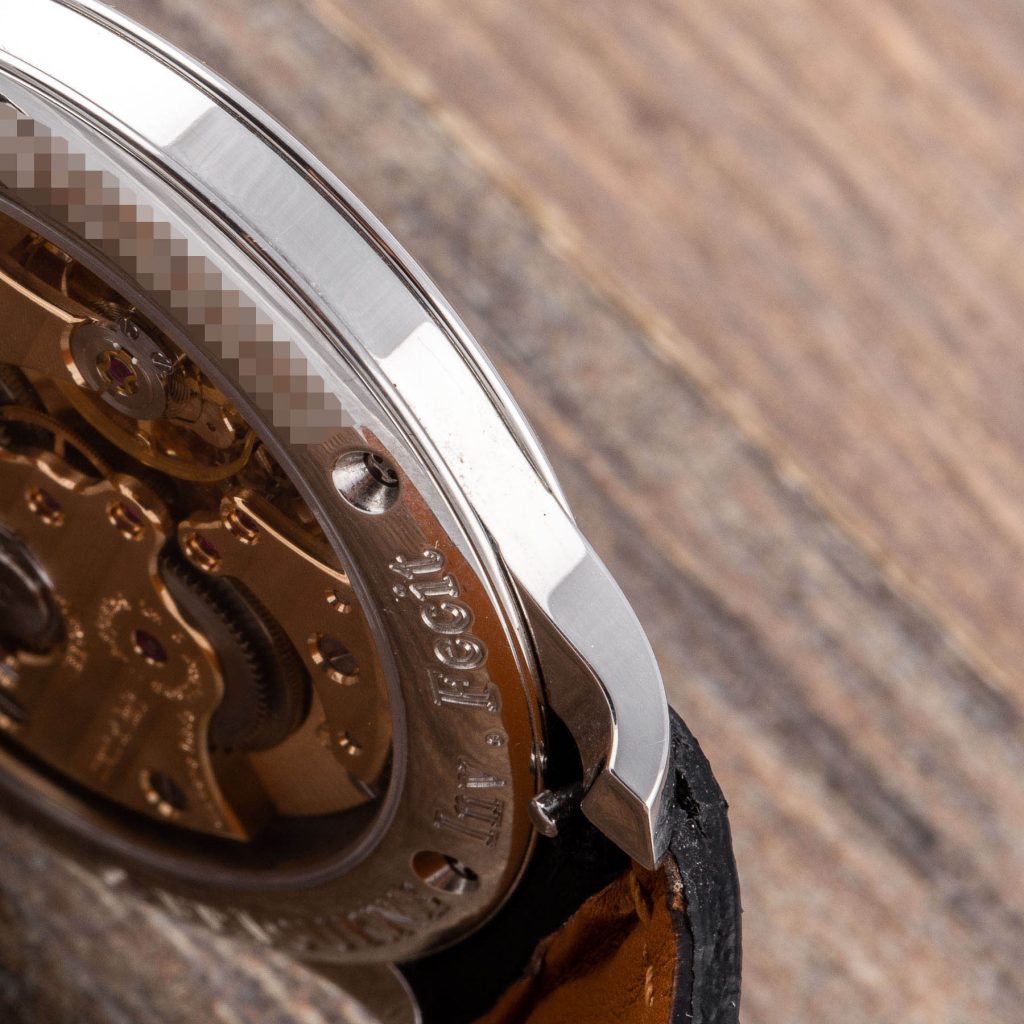 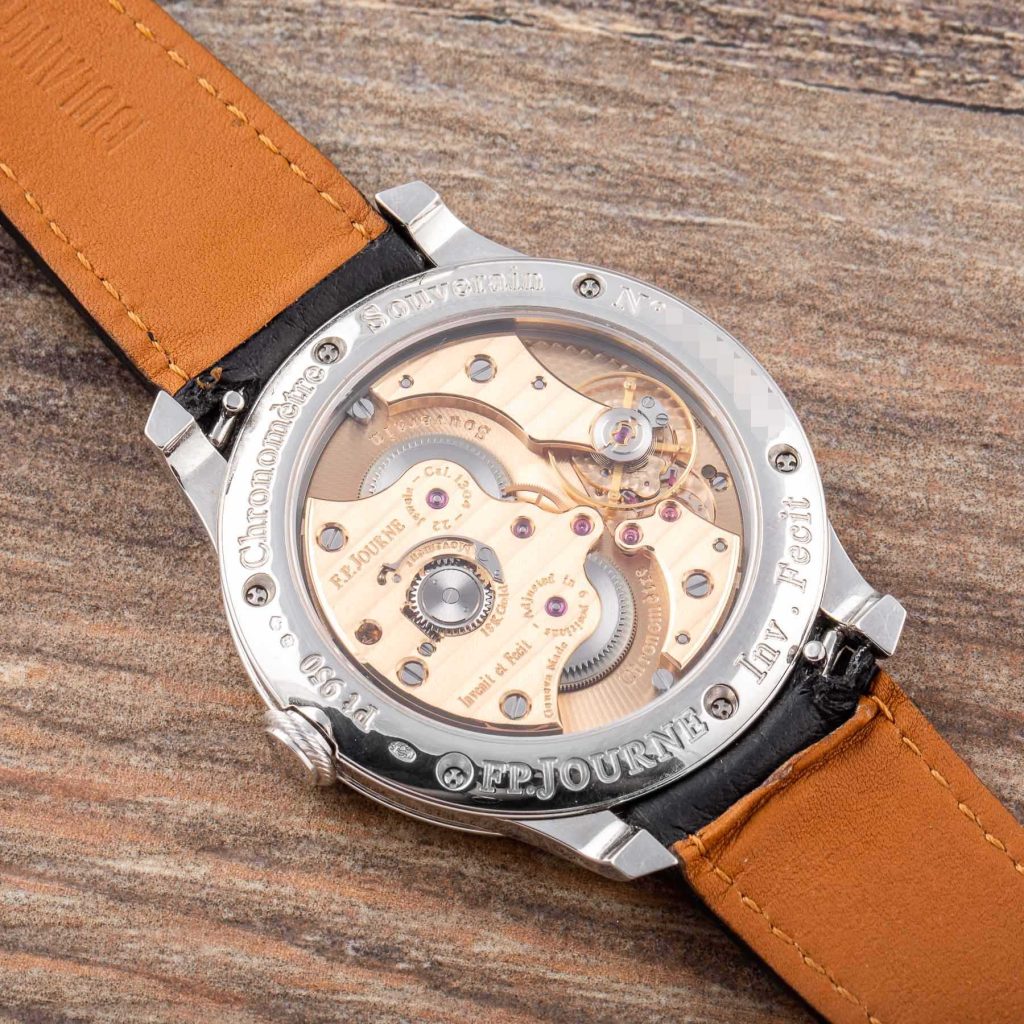 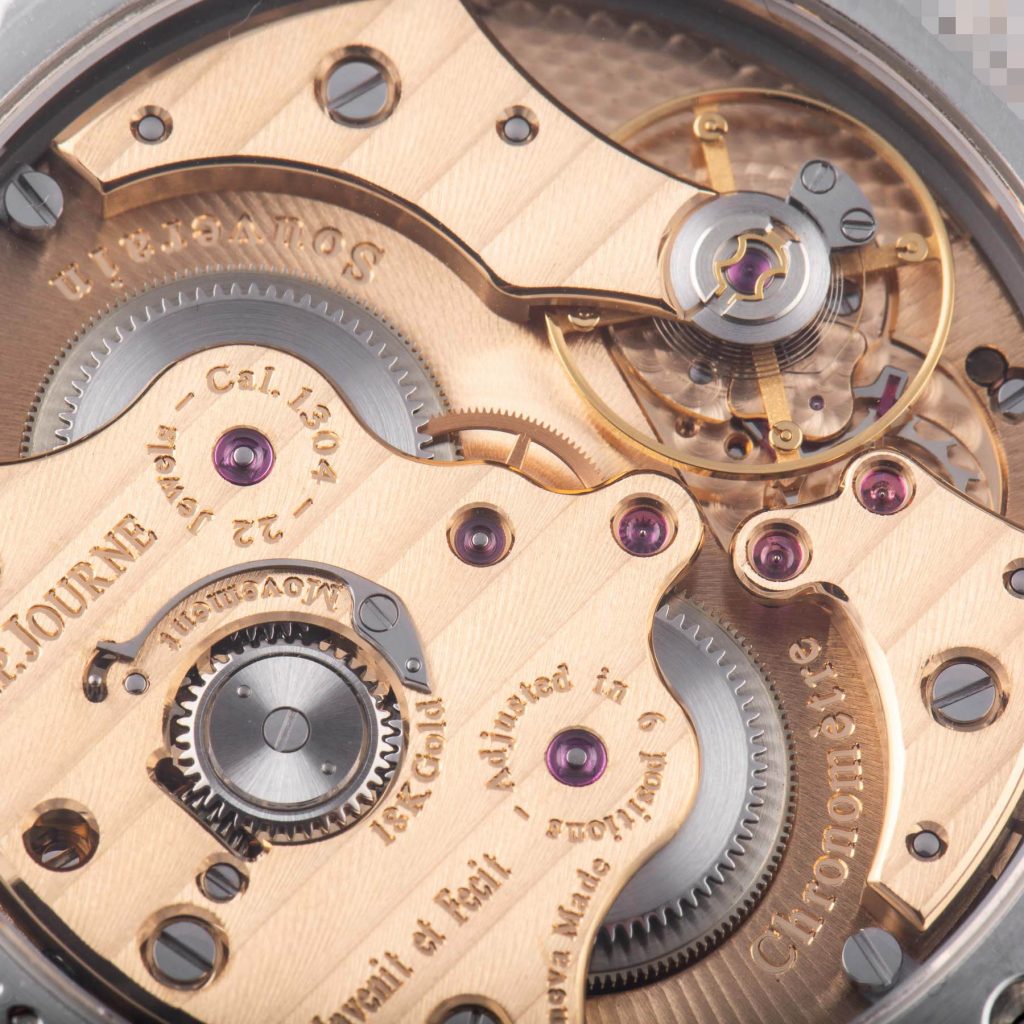 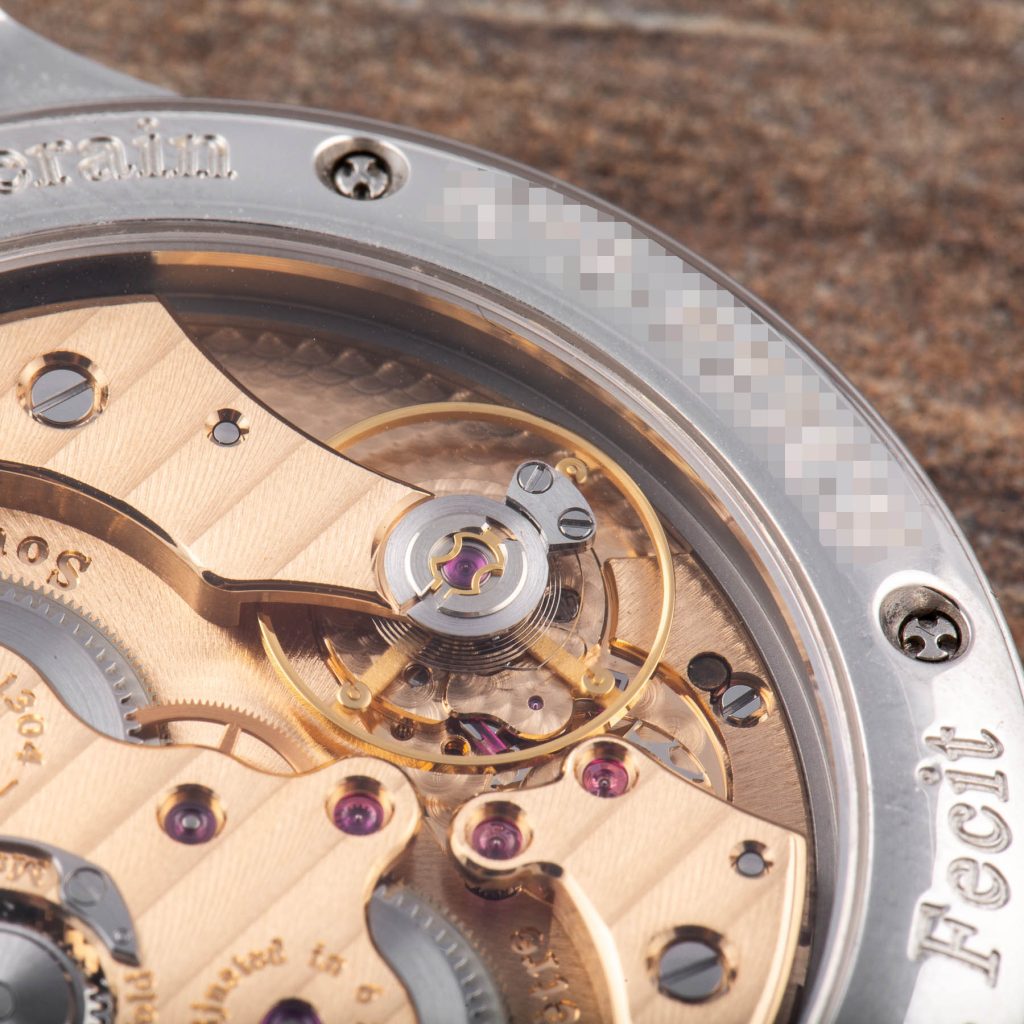 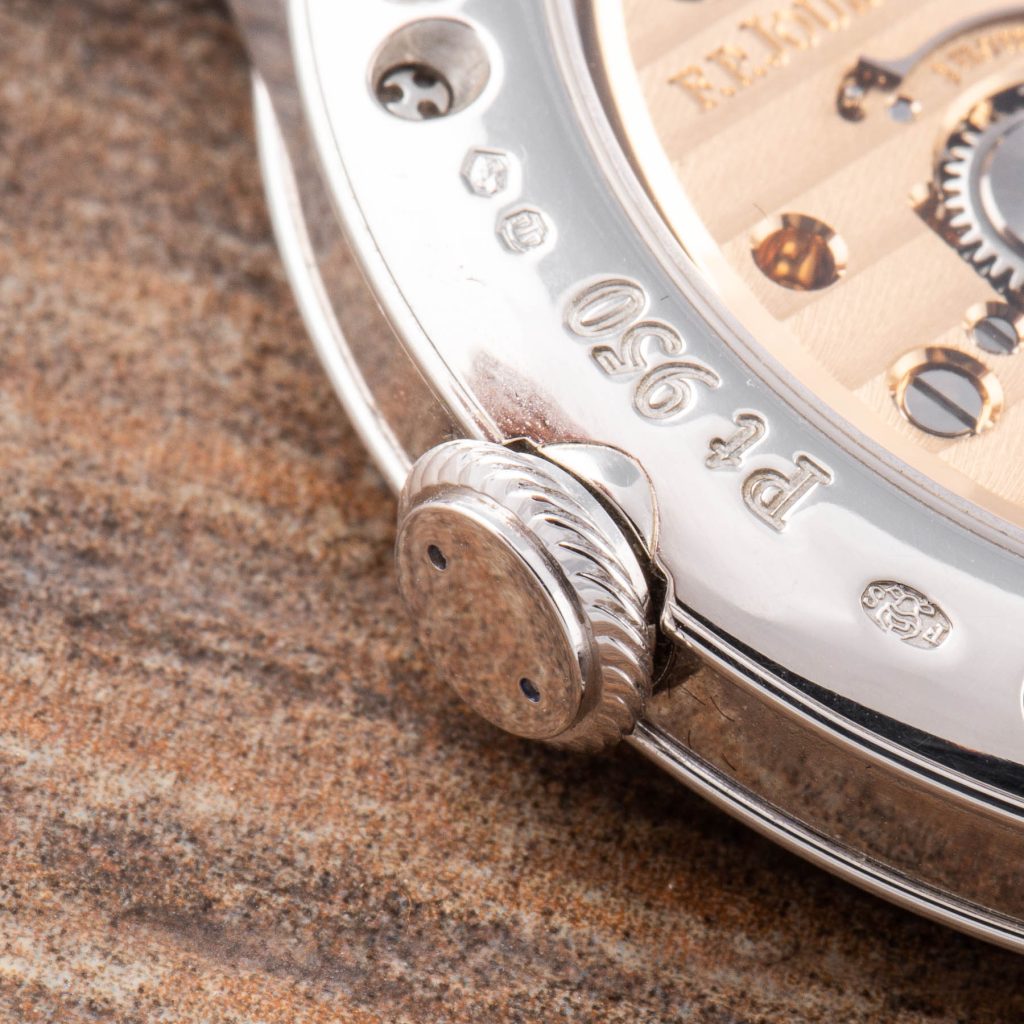 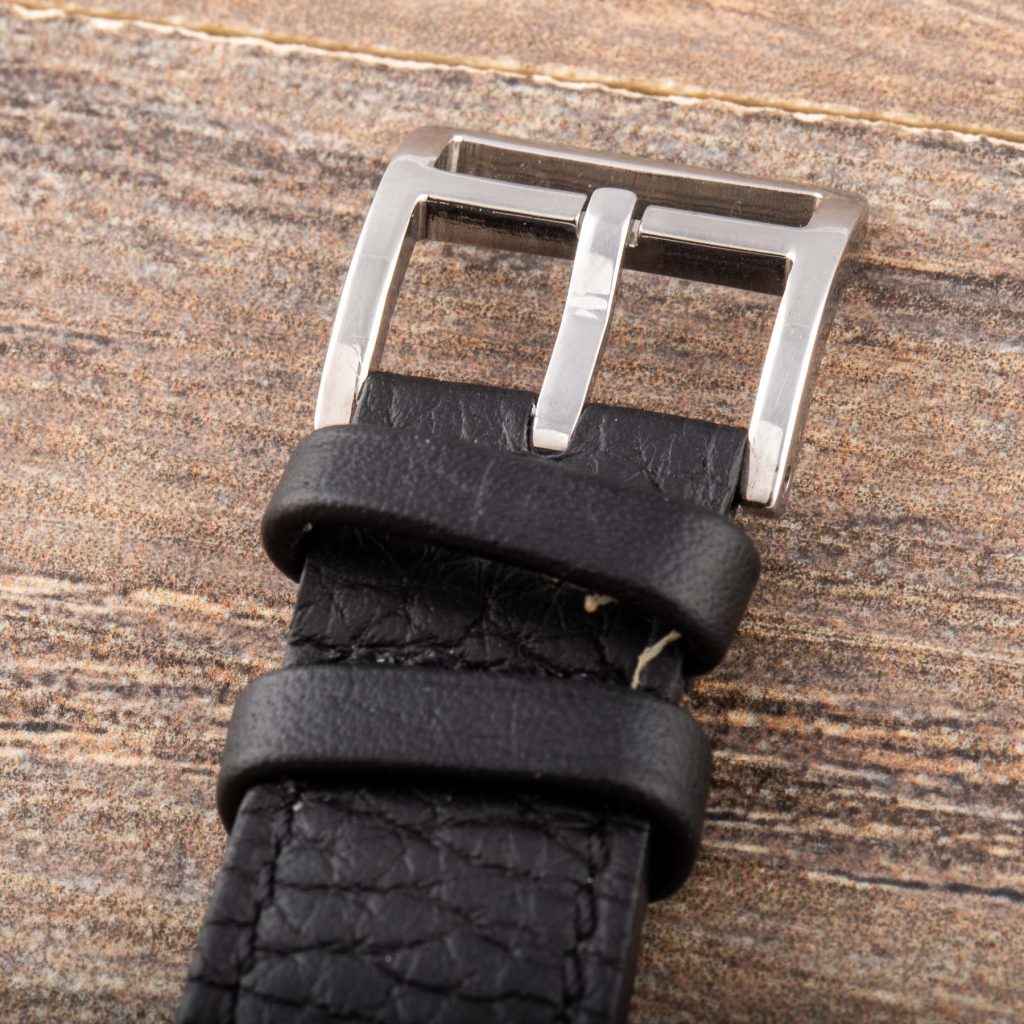 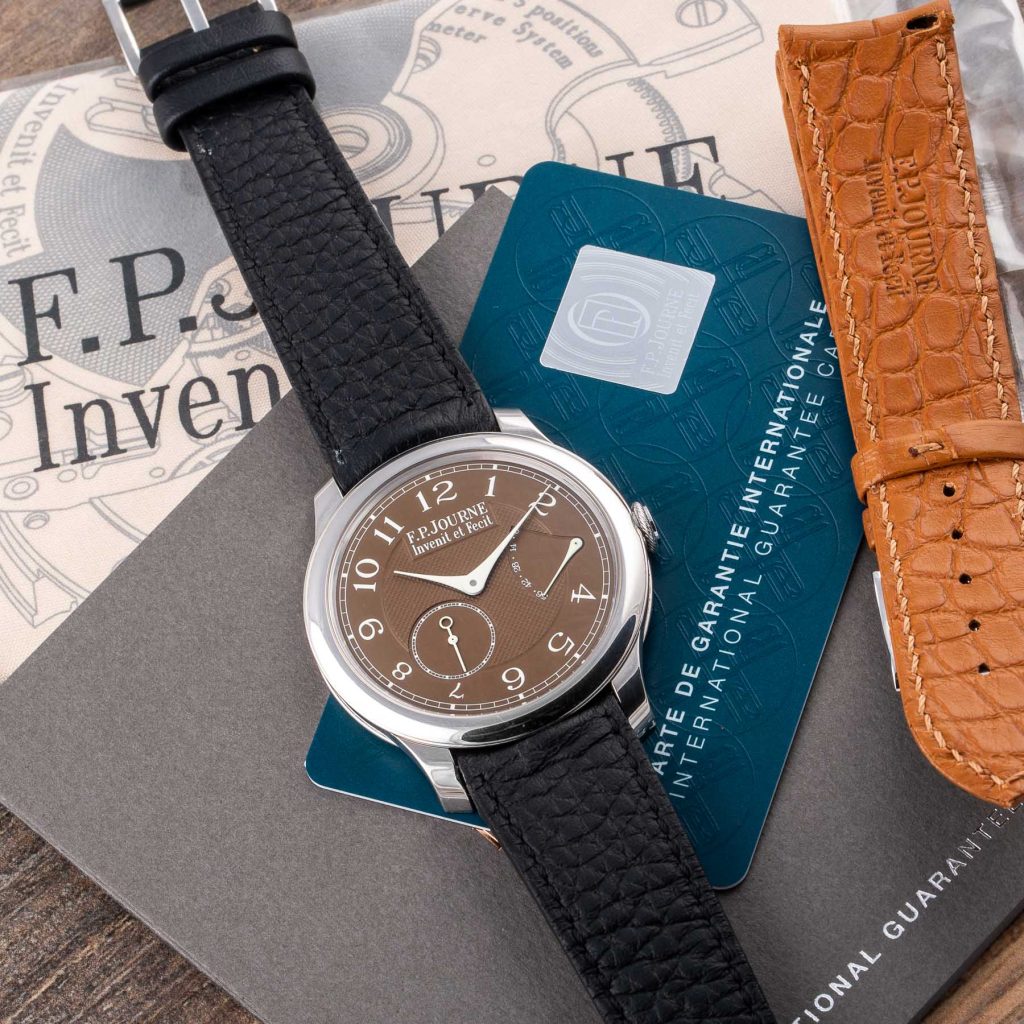 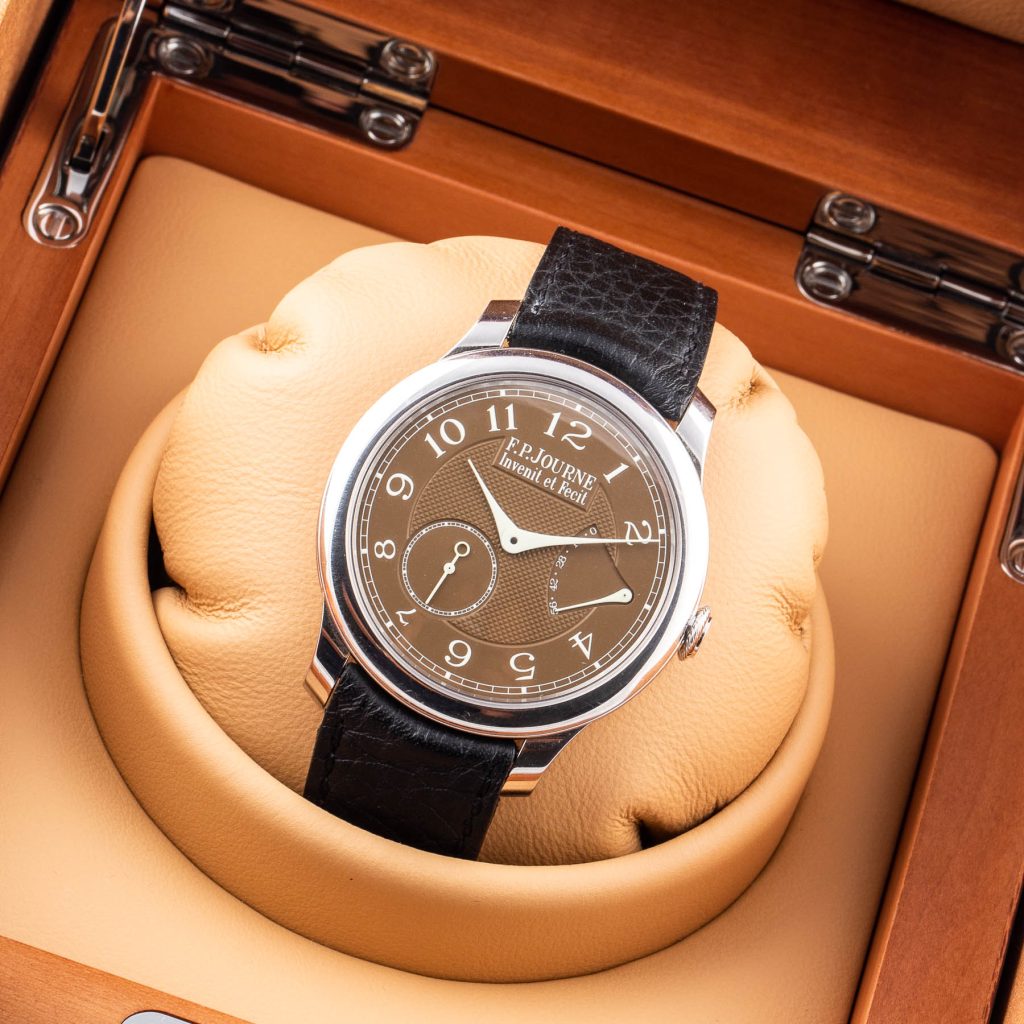 François-Paul Journe is one of the most famous watchmakers in the world. He founded his own company in 1999 and although being a relatively young brand, F.P. JOURNE watches are highly sought after by collectors. Especially in recent years, the masterpieces of the master watchmaker have achieved incredible results at international auctions. With the collection “Souverain”, Journe presented for the first time a time-only wristwatch that in 2005 even won the prestigious prize for the best men’s watch at the GPHG (Grand Prix d’Horologerie de Geneve). There are several versions marketed over the years of Journe’s Chronometer Souverain, one of the most sought after is certainly the one with platinum case and Havana dial like the present specimen.
This Chronometre Souveraine is a rare example of the “Havana” series. The dial bears this name due to its color, which is reminiscent of Cuban cigars. The unique brown color was developed by Journe’s own dial manufacture Les Cadraniers de Genève and is a combination of gold and ruthenium. The case is typical of the “Souveraine” collection and is made of platinum. The exceptional and finely refined hand-wound 1304 movement with 56 hours of power reserve can be admired through the transparent caseback.
The watch comes with the original F.P. JOURNE box, booklets, guarantee card.