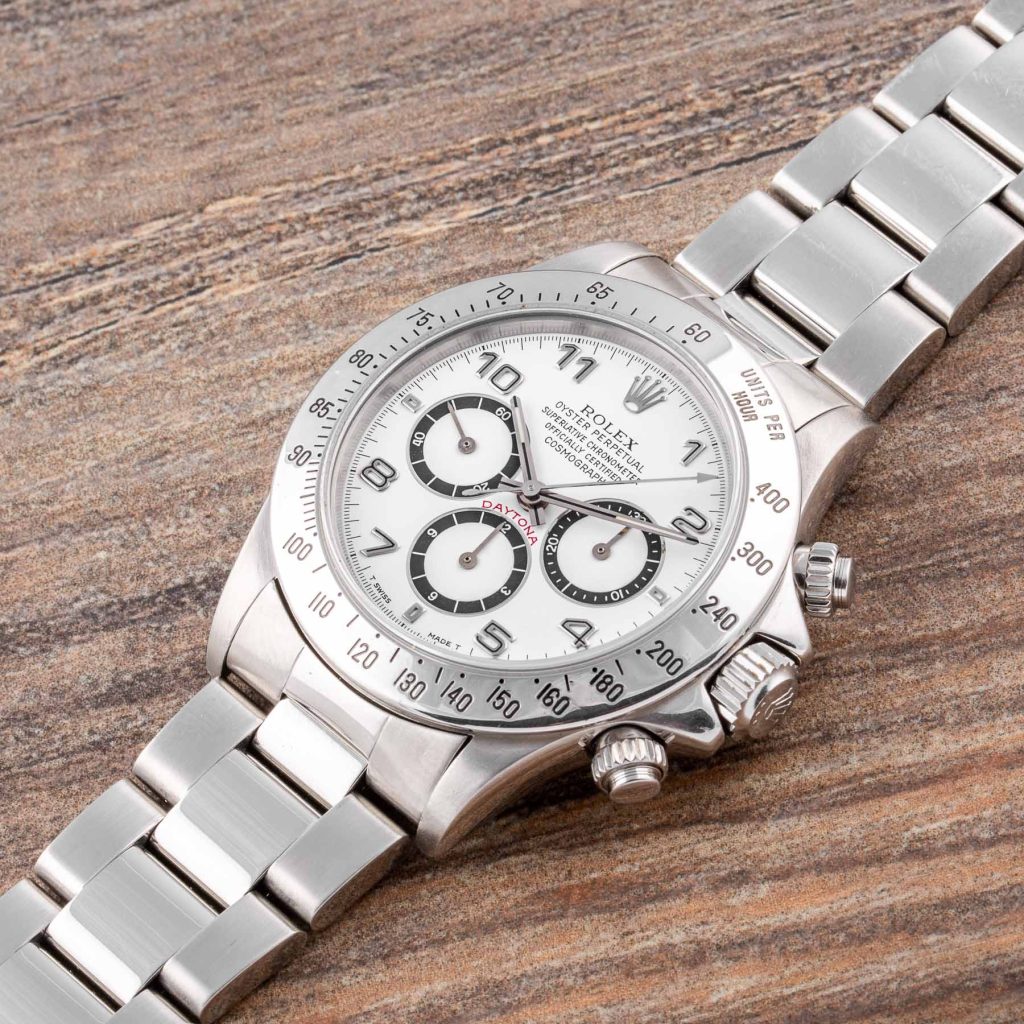 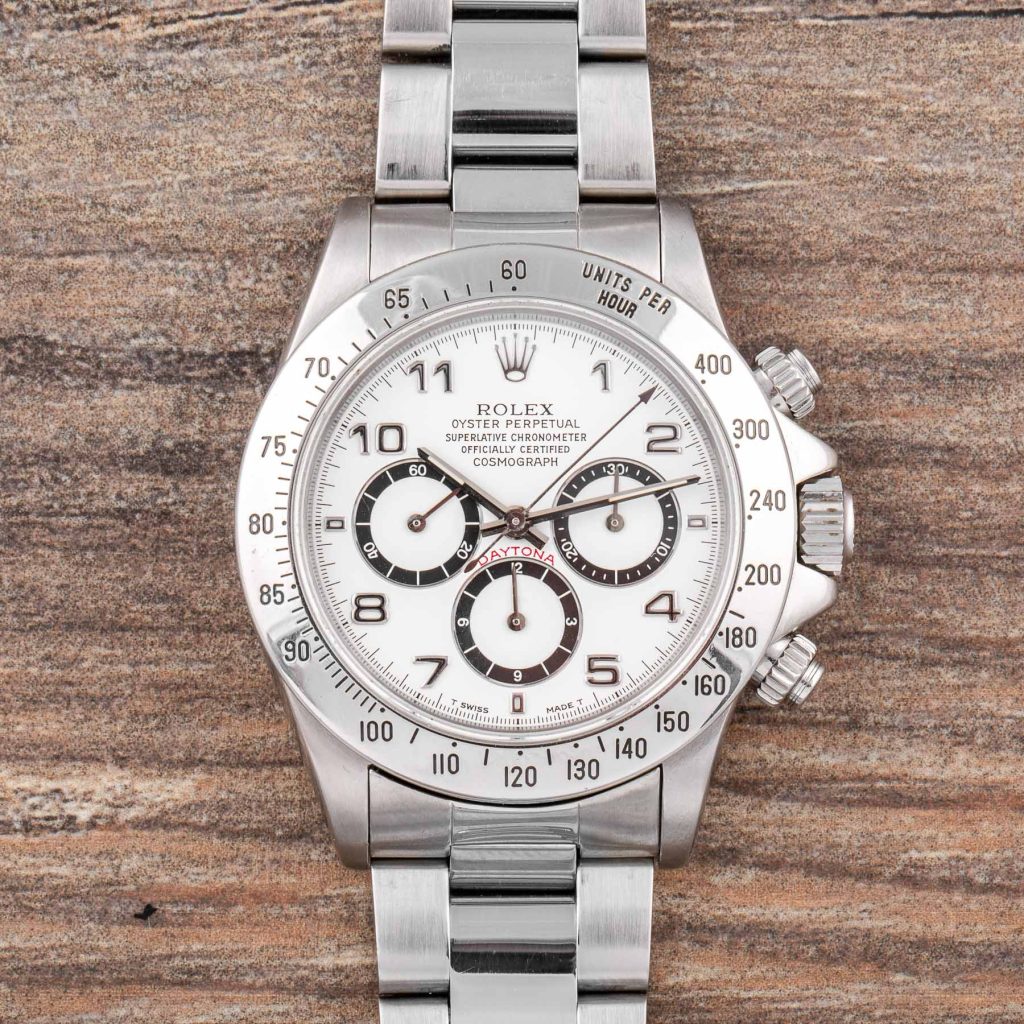 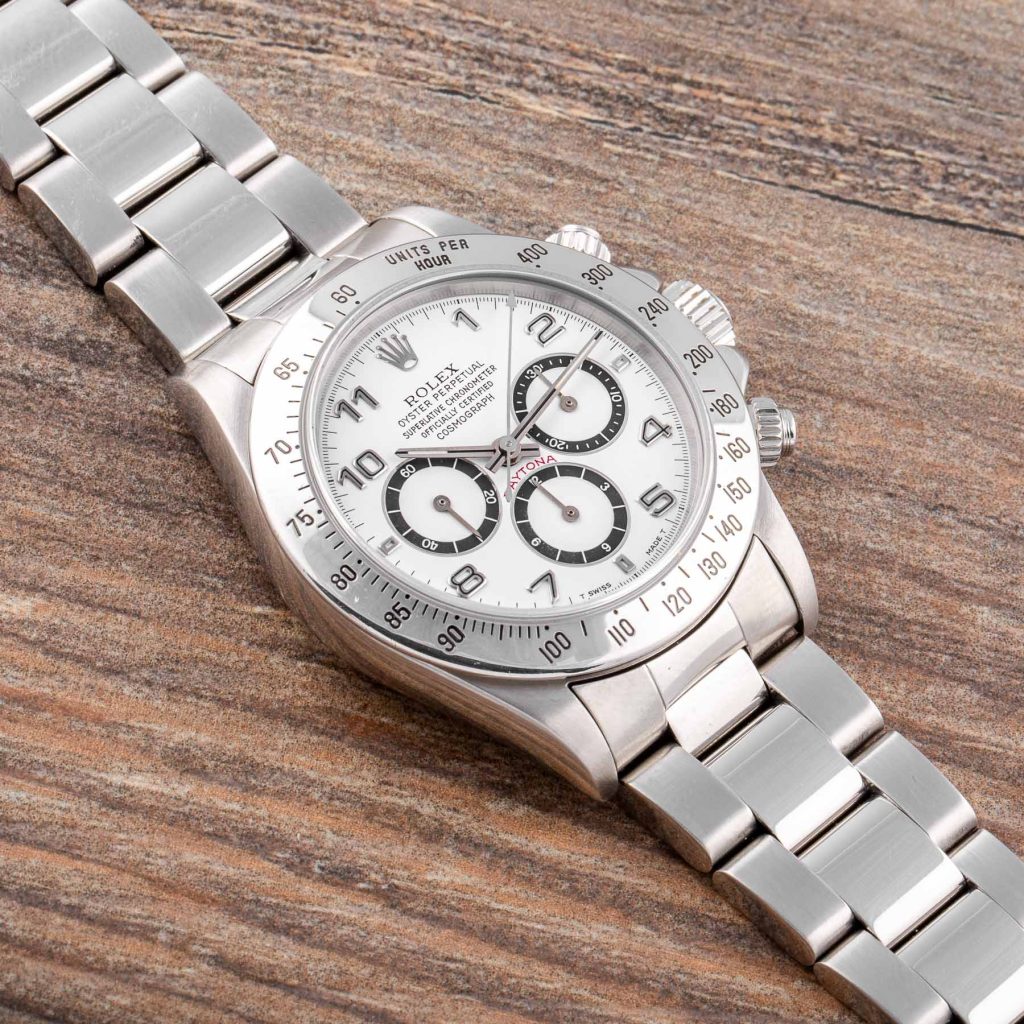 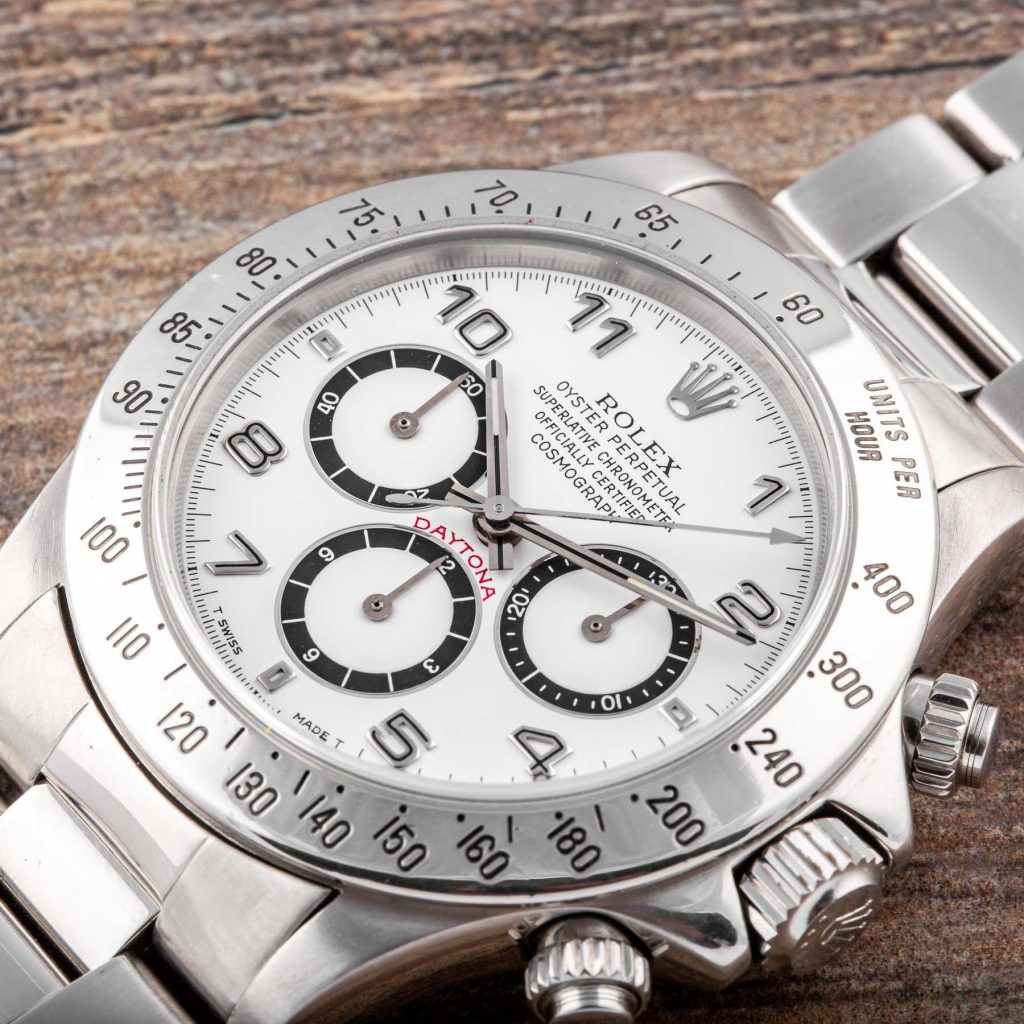 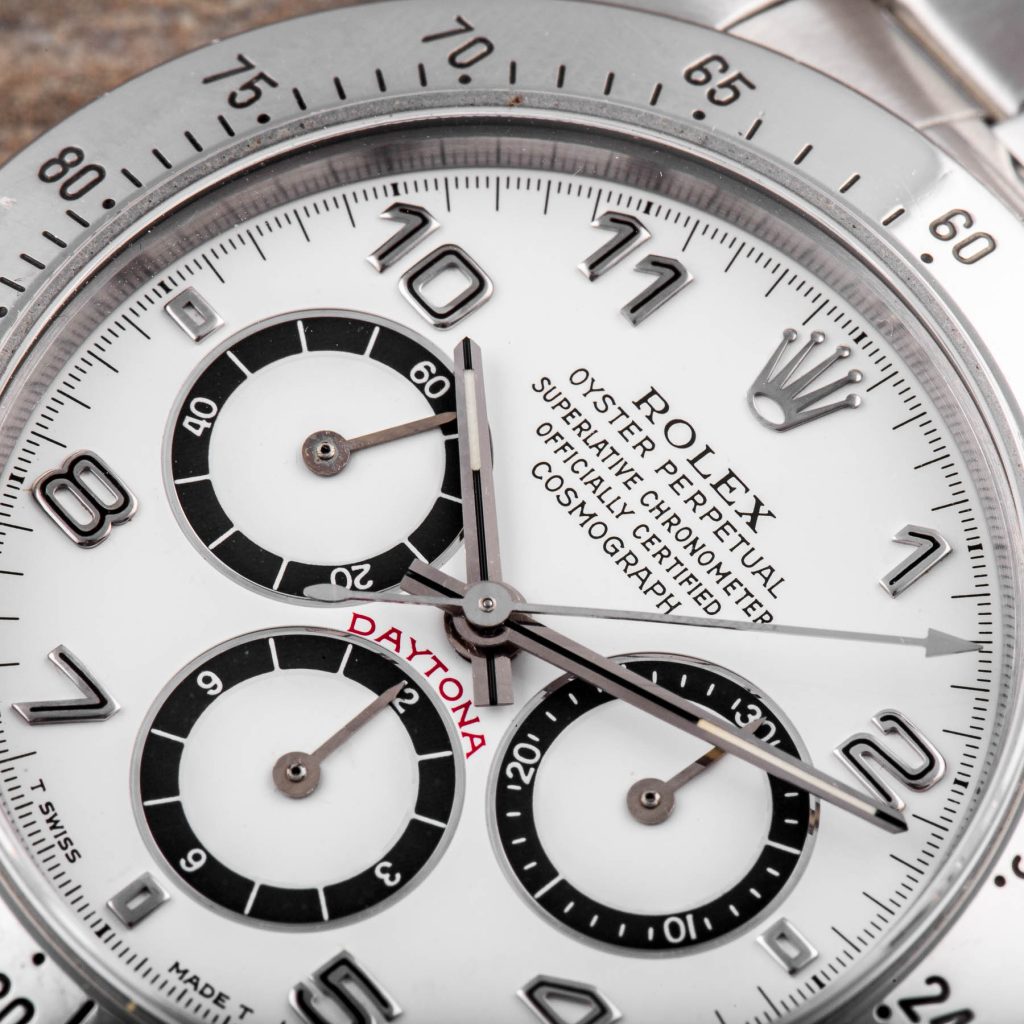 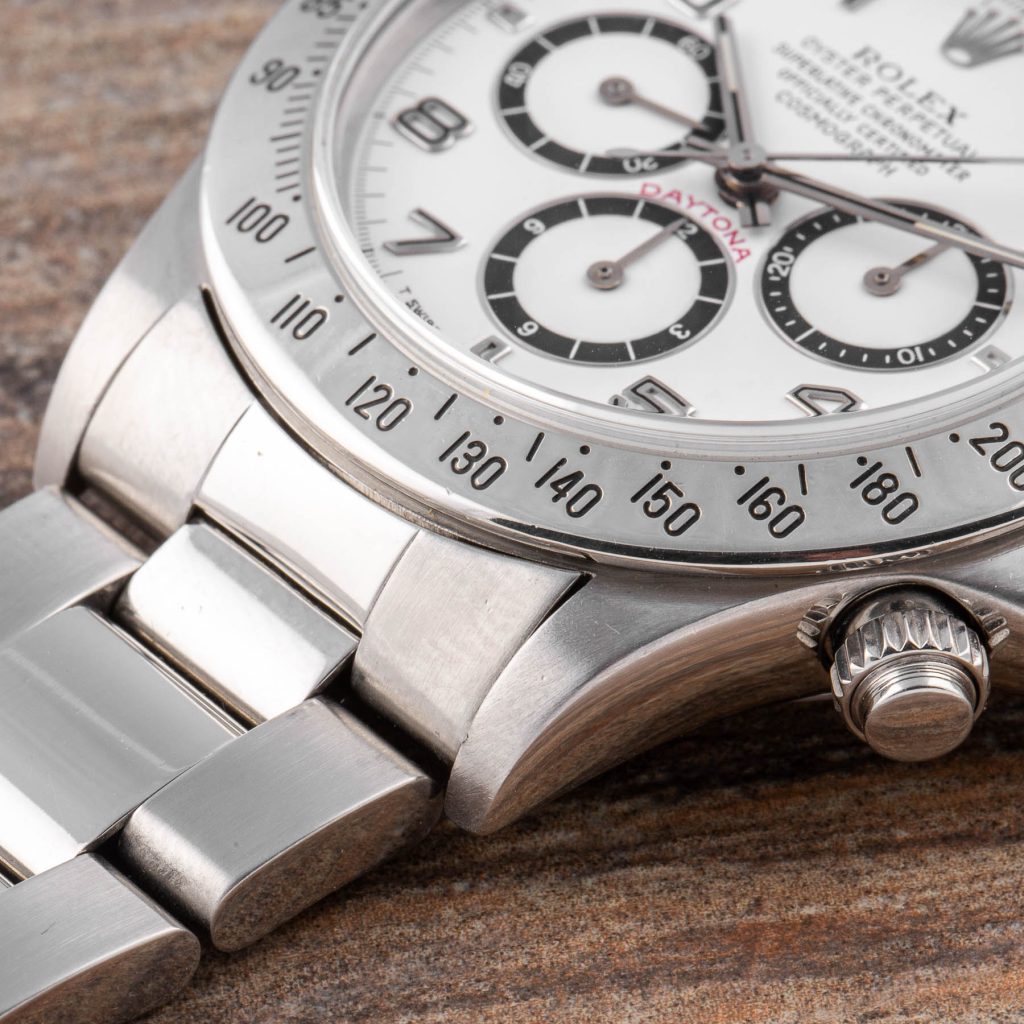 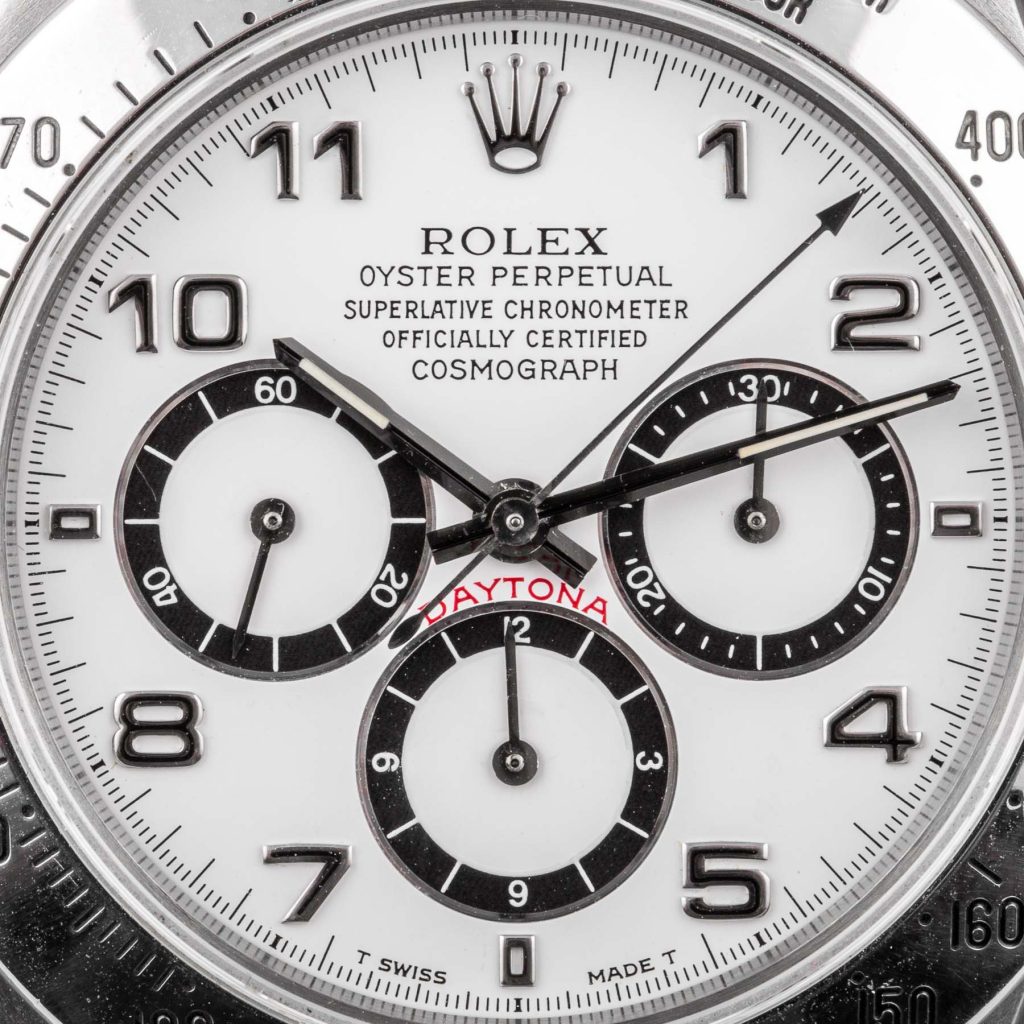 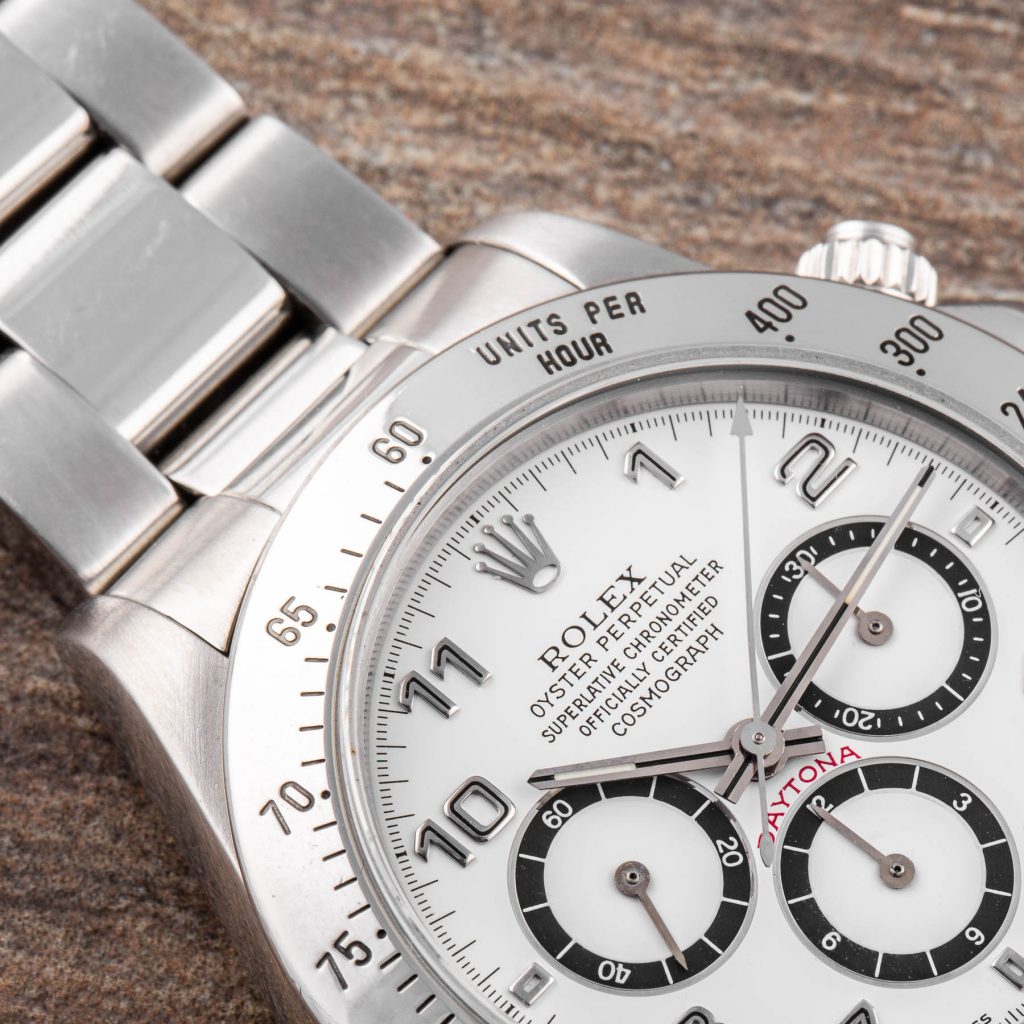 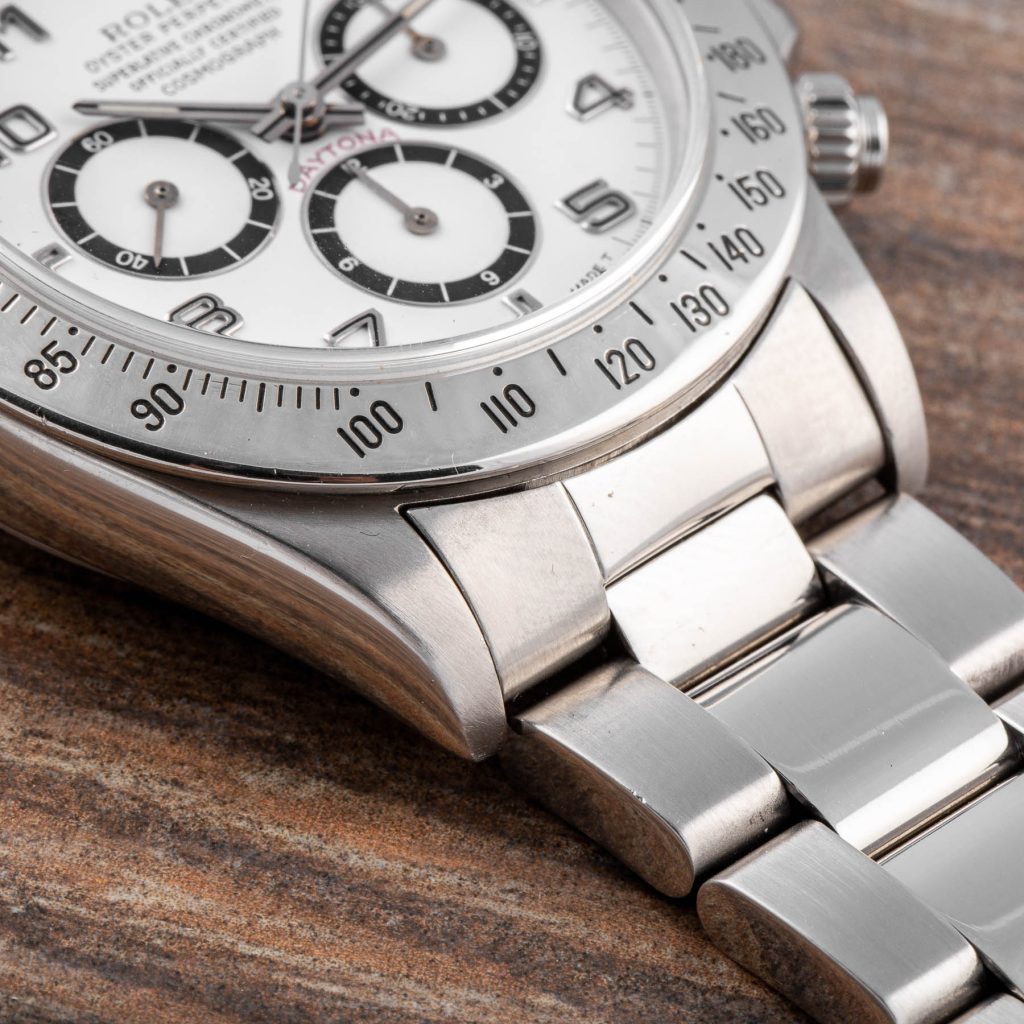 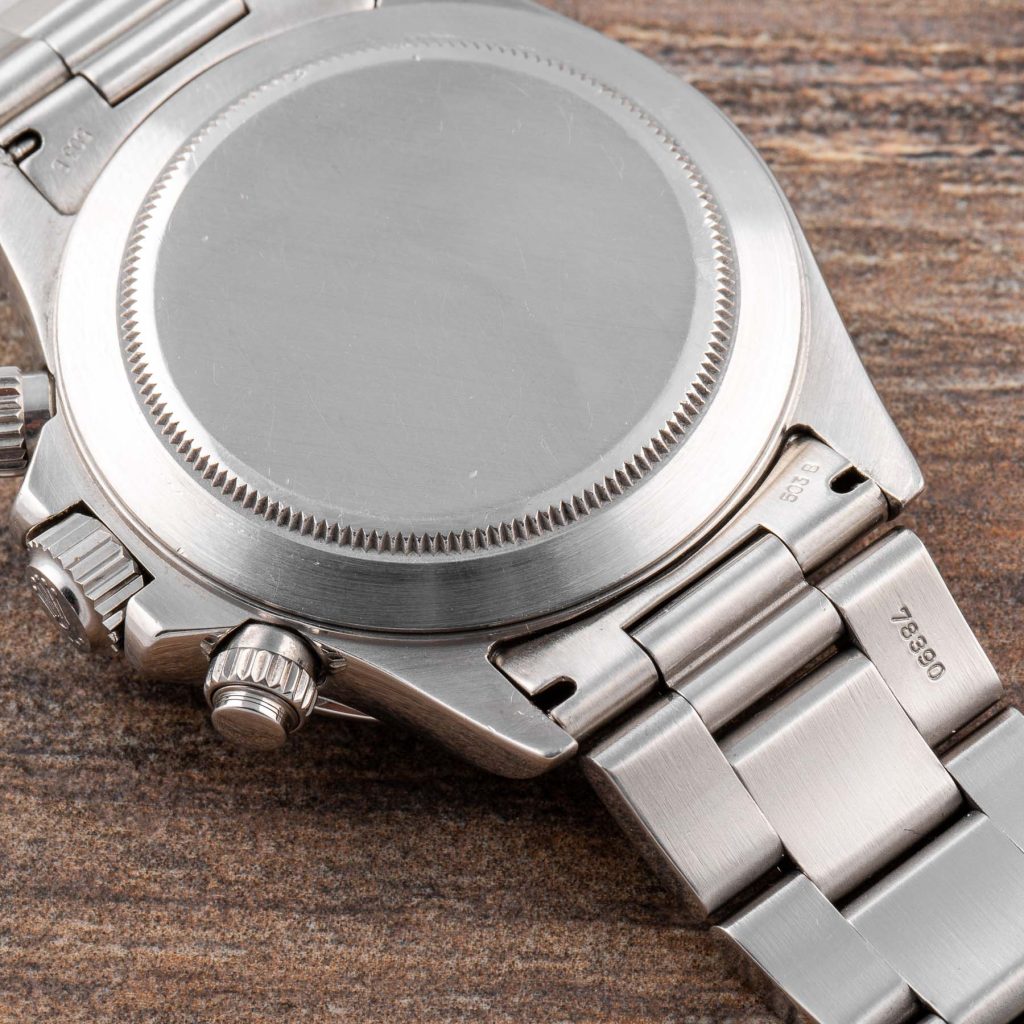 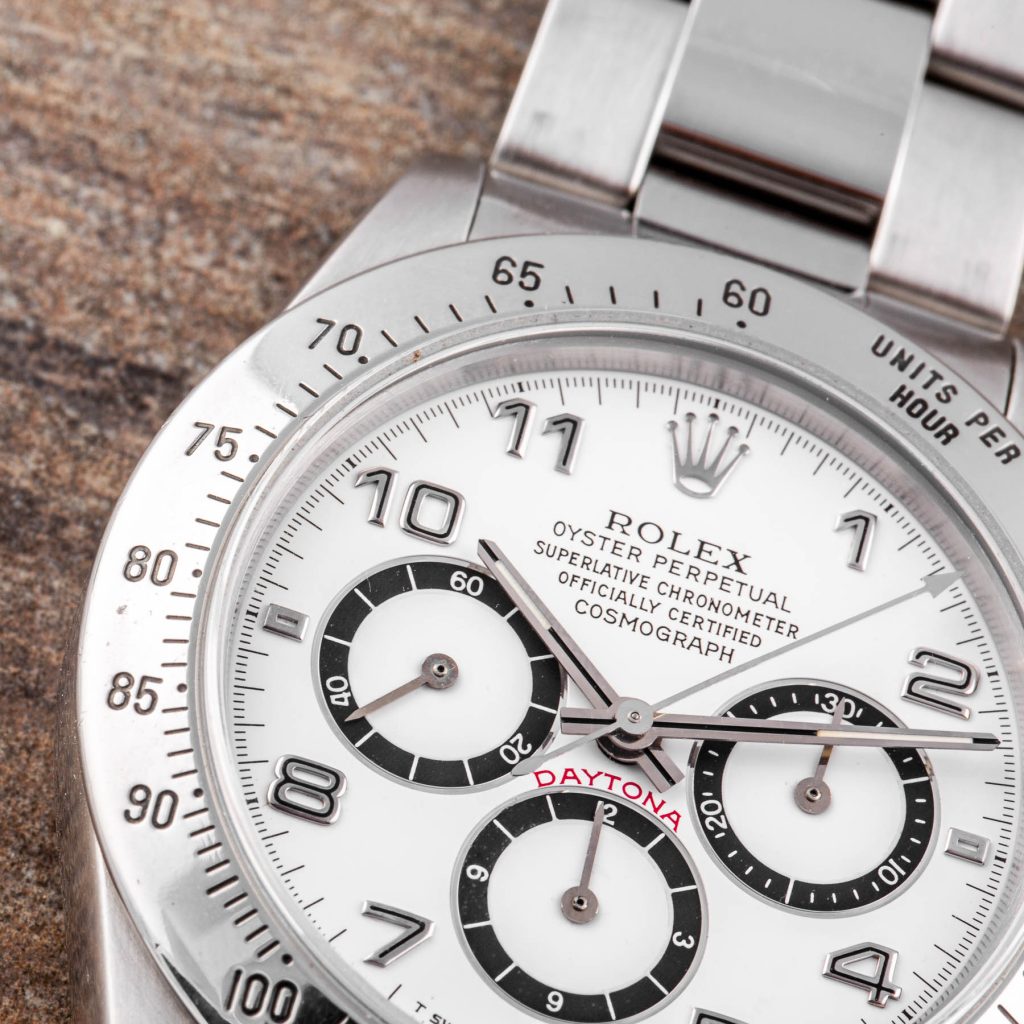 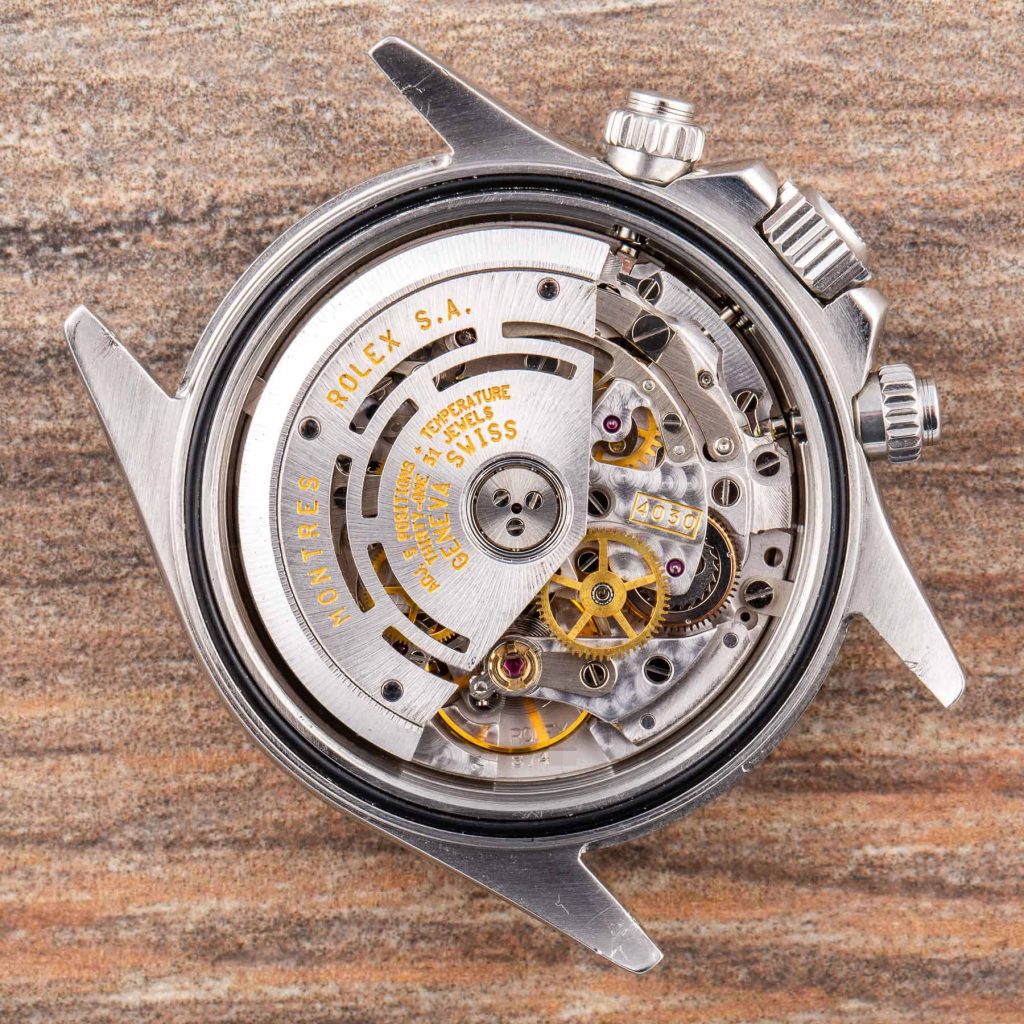 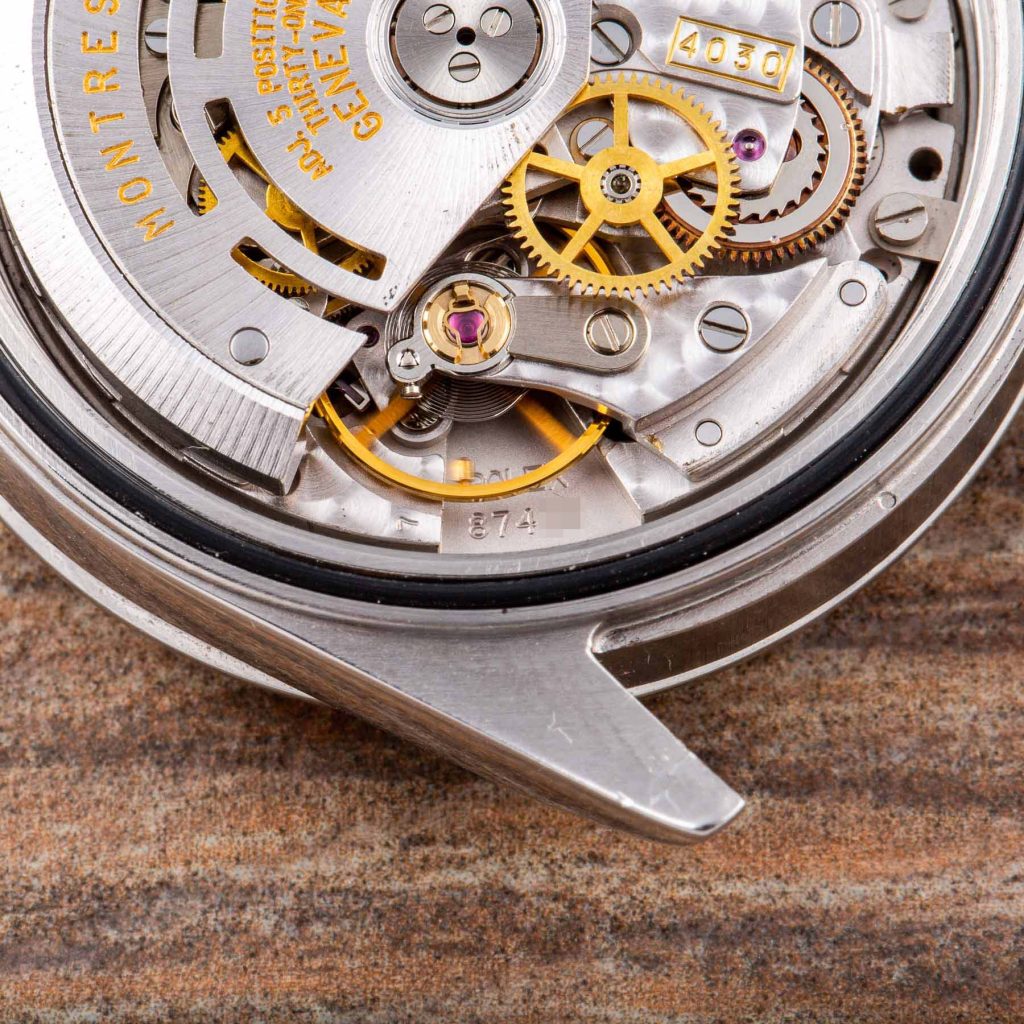 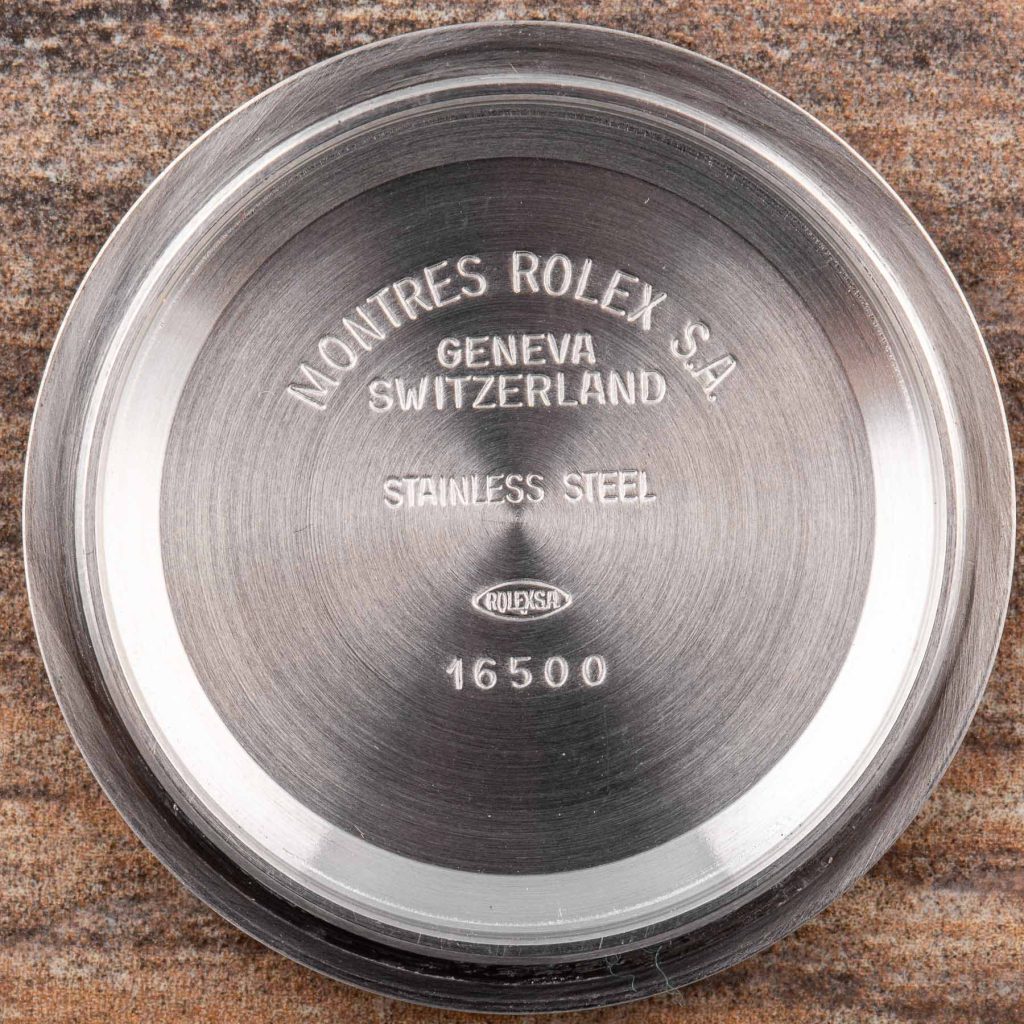 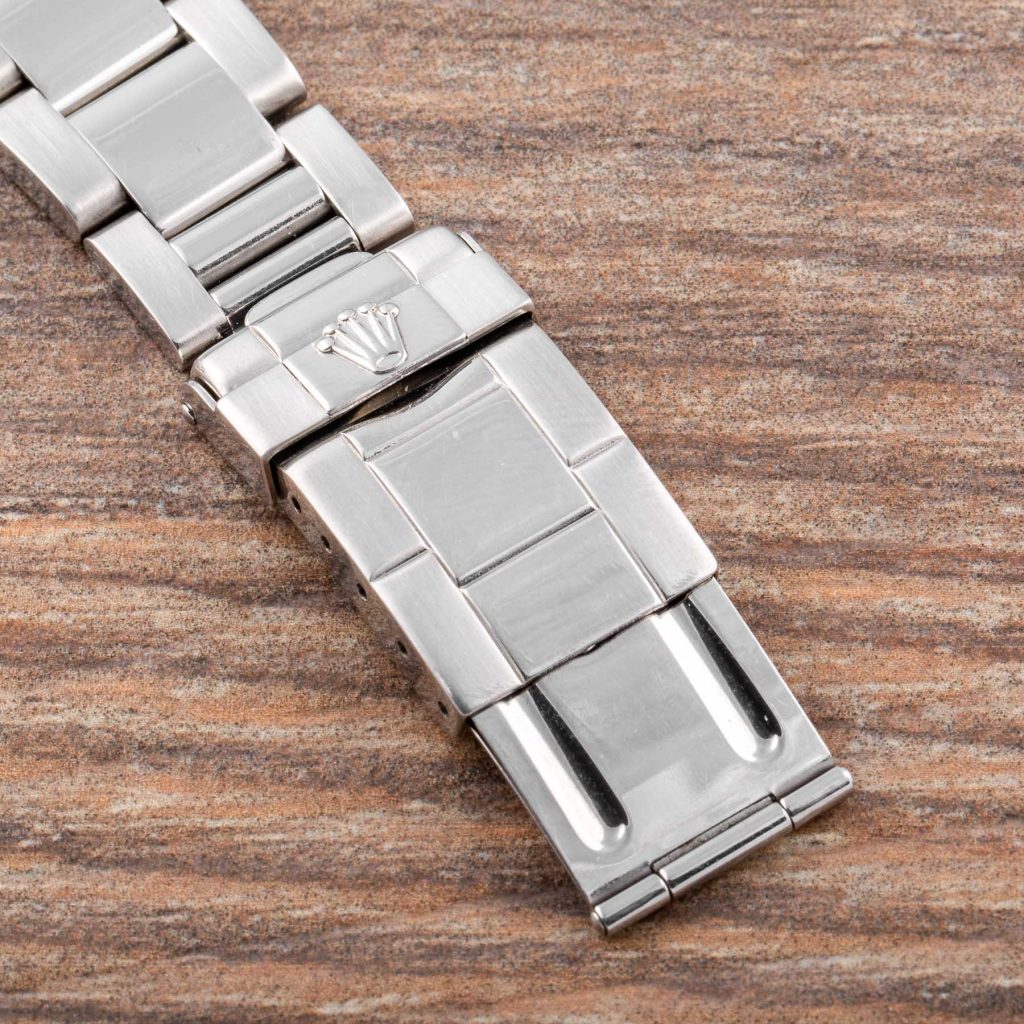 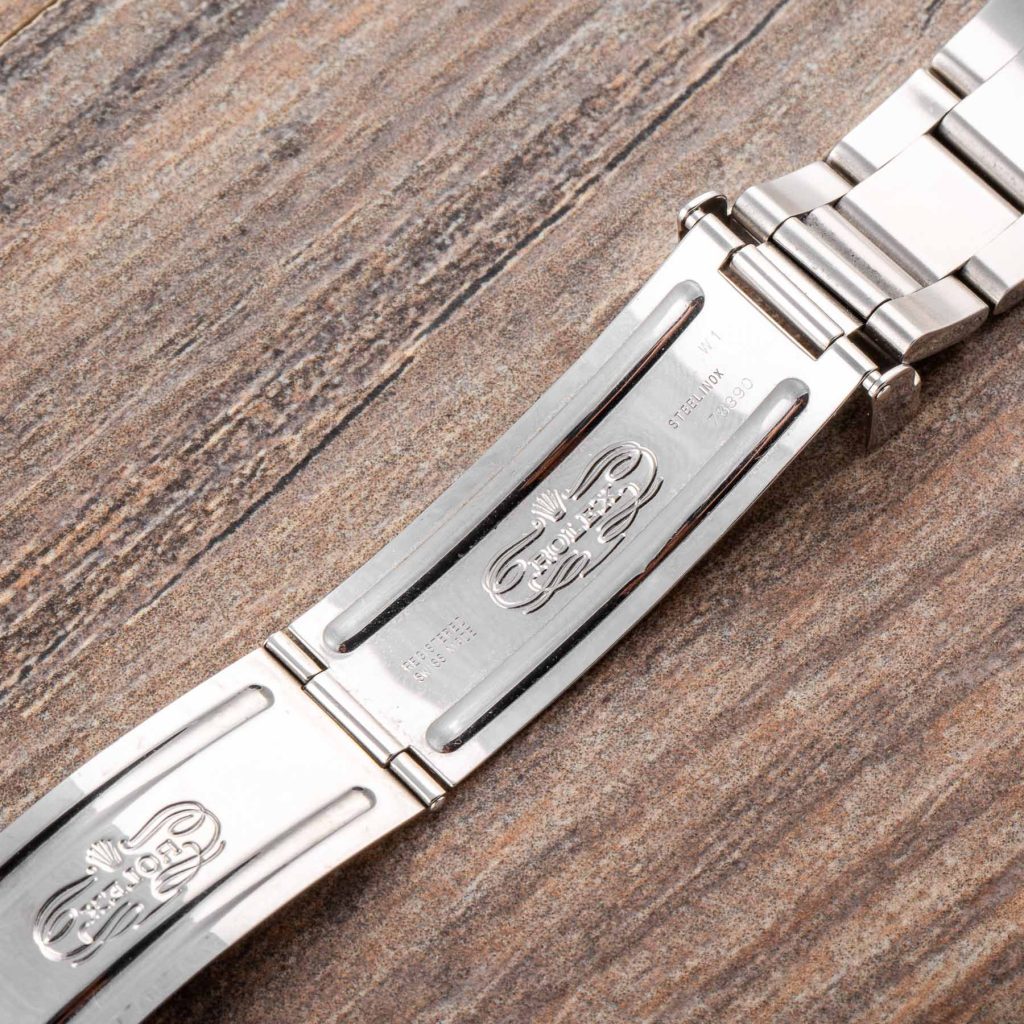 Today, Rolex is a vertically integrated company and manufactures almost all of the components that go into its watches. However, until a few years ago, Rolex, like many other Swiss watchmakers, used various companies to produce the individual components, which were then assembled by Rolex to complete the watches. These companies were often family run, of medium/small size, worked only on behalf of third parties, and specialized exclusively in the manufacture of a single part of the watch such as bracelets, cases, movements, dials. Some of the most famous were certainly Gay Freres (bracelets), C.R. Spillman (cases), Singer (dials). During the design of a new watch, Rolex gave hints and guidelines to the various suppliers, who then produced PROTOTYPES or TEST components that could be selected or discarded. Singer submitted several graphic designs to Rolex before the final version of a particular watch’s dial went into production. This was also the case with the production of the Daytona 1652X, where Singer proposed several different dial prototypes. Since those 1652x Singer dials were a factory TEST intended as prototypes for Rolex, very few examples were manufactured and they were never for sale. These prototype-test dials are very rare, only a few have survived to this day and it is extremely difficult to find them on the market.

This Rolex Daytona 16520 W series features a Singer test-prototype white dial with enameled Arabic numerals and contrasting black sub dials with inverted six. This dial is one of the very few known variants made for the Daytona 1652X series. It was probably originally intended for the reference 16519 in white gold, but was later discarded and perhaps also tested for the Daytona reference 16520 in steel. It is quite difficult to say with certainty for which Daytona this dial was specifically made, as it contains typical elements of the final version of 16519 (Roman numerals) and 16520 (contrasting black sub dials). Nevertheless, this test dial by Singer manufactured as a prototype for Rolex is an excellent example of Rolex’s constant pursuit of innovation and close collaboration with its suppliers. The condition of the dial is excellent, there are no marks, halos, scratches, it is absolutely perfect. The watch is in good overall condition and completely correct for the year of production, including the Mk4 bezel, the “Rolex Sa” caseback, the 78390 / 503B / W1 bracelet and the 4030 No. 87, XXX movement. An exceptional, very rare and fascinating watch for the Rolex collector.